WASHINGTON (AP) — Congressional Republicans are waiting for the White House to chart a path forward on gun violence legislation, Senate Majority Leader Mitch McConnell said Tuesday, effectively putting the burden on President Donald Trump to decide the GOP’s legislative response to the spate of mass shootings that included another deadly attack in Texas over the weekend.

Asked about prospects for a Senate vote on legislation passed by the Democratic-controlled House to expand background checks for gun purchases, McConnell said, “The administration is in the process of studying what they’re prepared to support, if anything.”

The Kentucky Republican said he expects an answer from the White House next week, adding that he wants to make sure that senators “would actually be making a law and not just having serial votes” on proposals to stem gun violence. 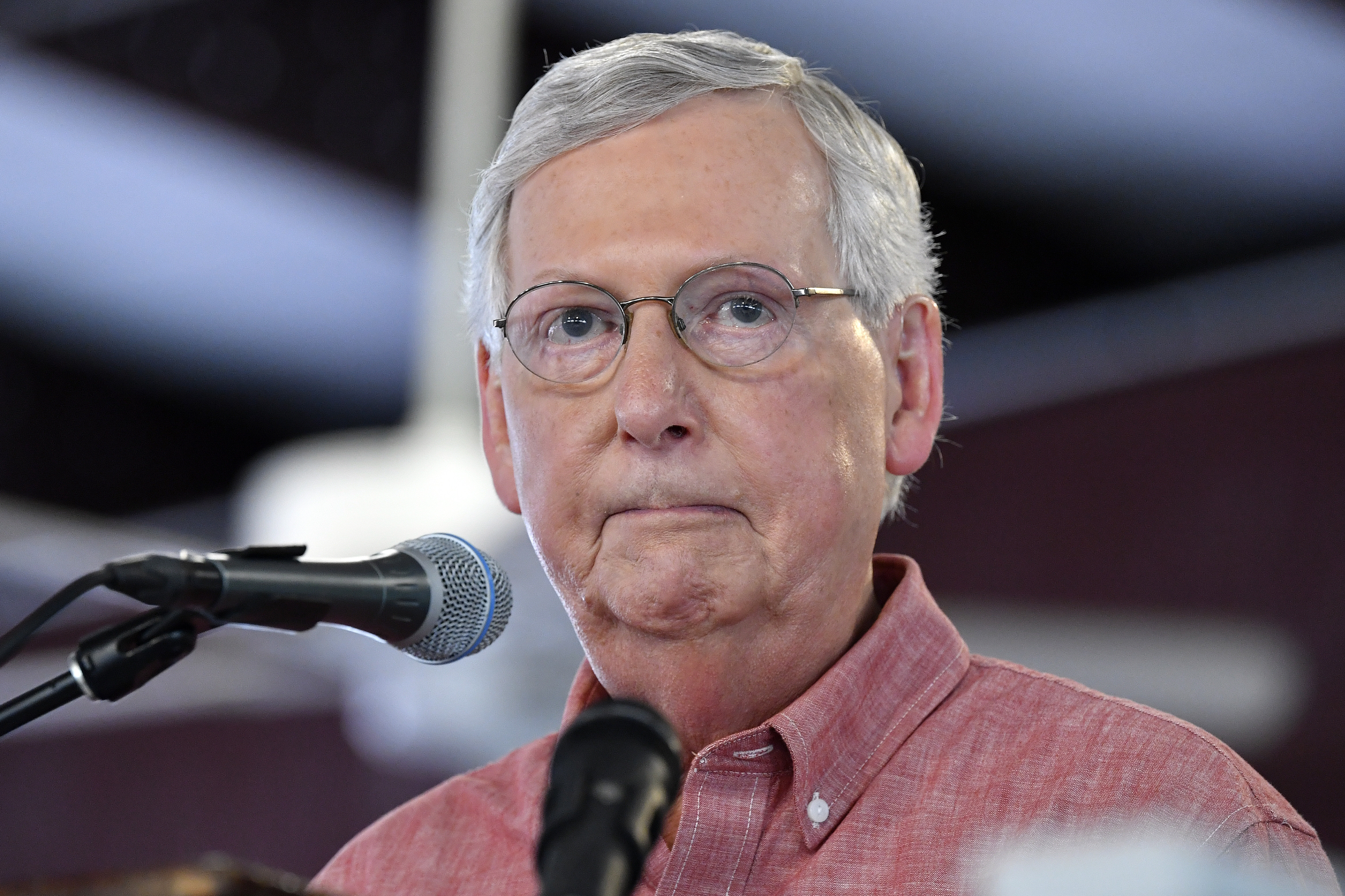 McConnell’s comments point to the challenge ahead as Congress returns to a gun debate that emerged during their summer recess, when mass shootings in El Paso, Texas and Dayton, Ohio, left 31 people dead. While Trump has said he wants to work with Congress to “stop the menace of mass attacks,” he’s waffled on support for expanding background checks, making the next steps uncertain. Trump and other Republicans have talked of pursuing other measures to address mental health or codify “red flag” laws that allow guns to be taken from people who pose harm to themselves or others, but even those measures face skepticism among GOP lawmakers.

The dynamic appears unchanged even after a shooting rampage in West Texas over the weekend that killed at least seven people. The Texas gunman obtained his AR-style rifle through a private sale, allowing him to evade a federal background check that previously blocked him from getting a gun, a law enforcement official told The Associated Press. The official spoke to the AP on condition of anonymity because the person was not authorized to discuss an ongoing investigation.

A bill passed by the House in February would require background checks on all gun sales, including those between strangers who meet online or at gun shows. The Senate has not taken up legislation, and McConnell appeared to set a high bar for Senate action when lawmakers return next week after a five-week recess. If Trump favors background checks or other legislation he has discussed publicly in recent weeks, and senators “know that if we pass it it’ll become law,” then he’ll put it on the Senate floor for a vote, McConnell told radio host Hugh Hewitt.

Trump in a tweet Tuesday urged Congress to “get back to work,” but omitted any reference to guns, focusing instead on prescription drug prices, healthcare and infrastructure.

Trump said Sunday that any gun measure must satisfy the competing goals of protecting public safety and the constitutional right to gun ownership.

Trump’s comments were reminiscent of his wavering last year, when he vowed to support background checks in the wake of a school shooting in Parkland, Florida, only to relent after receiving pressure from the National Rifle Association.

This time there seems to be more sustained momentum to produce some sort of measure after Trump asked aides to pull together a comprehensive list of ideas. White House officials have been meeting with lawmakers and congressional staff as they try to formulate a plan that Trump can support without risking backlash from his political base.

“We’re looking at a lot of different bills, ideas, concepts. It’s been going on for a long while,” Trump told reporters Sunday after returning to the White House from Camp David.

NRA head Wayne LaPierre has repeatedly spoken to Trump and warned him about losing support from NRA members. But White House aides contend the president’s base would stick with him regardless. They point to strong support for background checks among Republicans and gun owners and believe they can fashion a proposal that the gun lobby — while not supporting — may not vehemently oppose.

Among the proposals being considered: red flag laws, more money for mental health and making sure juvenile information gets into existing background checks. Additionally, White House aides have said Attorney General William Barr is drafting legislation to speed up the death penalty for mass shooters.

Even so, the Connecticut Democrat rates the chance of Congress actually approving anything at “less than 50-50,” especially if Trump appears willing “to give the NRA veto power” over legislation such as a bipartisan bill to expand background checks being pushed Sens. Pat Toomey, R-Pa., and Joe Manchin, D-W.Va.

“I am skeptical that these efforts are going to bear fruit. I think it’s very hard to negotiate with this White House when the president’s public positions seem to change by the day,” Murphy said last month. “I’m going to try … because the stakes are so high.”

As senators continue conversations, House Democrats are moving ahead on other bills, with the House Judiciary Committee set to consider a host of proposals to address gun violence at a hearing next week. The panel postponed a hearing originally scheduled Wednesday because of Hurricane Dorian.

The committee will consider bills to ban high-capacity magazines, establish a federal program for “red flag” laws and expand bans on firearm ownership to people convicted of certain hate crimes. The panel will also hold a hearing later this month on a bill to ban military-style assault weapons.

Dr. Steven Ruderman: Struggling to quit sugar? You might not be sleeping enough

Hamlin and Newman contrast risk and reward at Daytona 500

Dr. Steven Ruderman: Struggling to quit sugar? You might not be sleeping enough

Hamlin and Newman contrast risk and reward at Daytona 500