However, under Welfare & Institutions Code section 6609.1, the public is allowed to comment on the proposed location before it is finalized by the court.

With the court hearing scheduled for March 22, 2019, the SAFE Task Force will be accepting public comments about the proposel in downtown San Diego.

“Alan Earl James represents the worst of the worst and doesn’t deserve a life outside of prison. Over many years, he repeatedly committed sex crimes against children, including molestation and sexual intercourse. I have long protested the placement of sexually violent predators in the community, and I know families share my outrage that another monster like this would even be allowed outside a cell.” says Jacob.

Check out the full press release below. 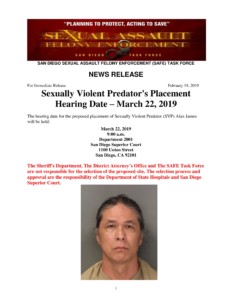 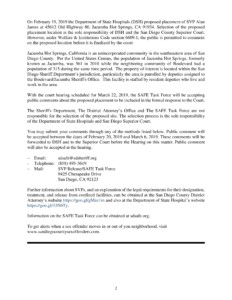 Tropic storm Isaias whips up eastern US, killing at least 6

Tropic storm Isaias whips up eastern US, killing at least 6