This is a developing story. KUSI News will continue to update viewers and readers as information comes.

BOSTONIA (KUSI) – A small jet plane crashed and disintegrated into the neighborhood of an unincorporated area of El Cajon, killing two nurses and two pilots aboard and sending plumes of smoke into the glow of a fiery sky during Monday night’s storm.

Reports on the crash were made to the San Diego Sheriff’s Department around 7:15 p.m. near Pepper Drive and Bevin Lane in Bostonia.

One of the four victims has been identified as Tina Ward, a flight nurse aboard the plane, according to an Instagram post from the Oceanside Firefighters Association 3736.

“We are shocked and saddened by this devastating news and are keeping you all in our thoughts and prayers during this difficult time. #OFDSTRONG,” the Instagram post reads. 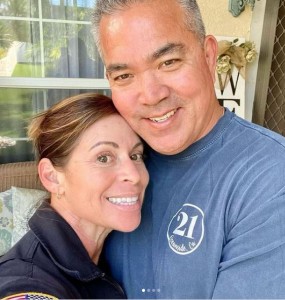 The plane was flying from John Wayne Airport in Orange County to Gillespie Field in El Cajon, according to Flight Aware, but crashed just a few miles east of the flight’s destination.

The aircraft belonged to an El Cajon company called Aeromedevac Air Ambulance, and had flown a patient from Arizona to Orange County before attempting its return trip to Gillespie Field, according to multiple media reports.

All road closures should be lifted by Wednesday evening.

A slew of first responders arrived soon after the reports were made: Deputies from the San Diego County Sheriff’s Department’s Santee and Lakeside stations, Lakeside Fire Protection District, the California Highway Patrol, and the El Cajon Police Department.

The first responders put out the debris’ fire at about 9 p.m., the sheriff’s department wrote in a Tweet.

Flying debris damaged one home and took down power lines in the area but no injuries occurred on the ground, according to the San Diego County Sheriff’s Department.

Over 2,500 customers were out of power in the area, affecting areas of Lakeside, Bostonia and Granite Hills, according to SDG&E’s outage map, but power was restored to most of the customers before 10 p.m. Monday.

As of 8:33 p.m. Tuesday, about 200 customers were still without power with an estimated restoration time of about 3 p.m. on Wednesday.

The plane has been identified as a Learjet 35A (tail number N880z), which can seat eight people. 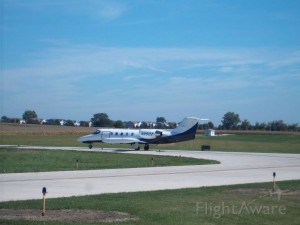 The Federal Aviation Administration and the National Transportation Safety Board will investigate the crash, the sheriff’s department wrote in a tweet.

#UPDATE @SDSheriff wants to thank the public for their patience & cooperation as Pepper Drive remains closed between Topper Lane and North 2nd St. It will take @NTSB some time to process the plane crash site. We send our heartfelt sympathies to those affected by this incident. pic.twitter.com/zHgHRcQN2y

At this time, the fire is out. It will take time to process the scene, but @FAANews & @NTSB have been notified & will handle the investigation of a plane crash in @CityofElCajon. Do you have photos & videos of the plane crash? Do you have media inquiries? Email: witness@ntsb.gov pic.twitter.com/H6ZMeqNMfz

The American Red Cross was providing assistance to residents who remain affected by the power outage, according to sheriff’s officials.