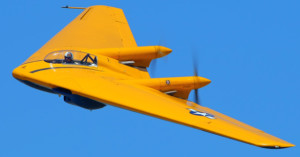 N-9M Flying Wing at the Planes of Fame Air Museum

NORCO, Calif. (AP) – Authorities say nobody on the ground was hurt when a small plane crashed in the exercise yard of a state prison in Southern California.

Kenitzer says the pilot was the only person on board. The condition of the pilot isn’t immediately known.

The FAA and the National Transportation Safety Board will investigate.

The prison in Riverside County houses about 3,400 male inmates.

#Norco On 4/22/19, at 12:10PM, deputies received reports of an air emergency in the 1900 block of 4th St. The circumstances are unknown and the NTSB will be conducting the investigation into the plane crash. No further information is available for release from RSO.