Social Security checks will grow in 2019 as inflation rises

WASHINGTON (AP) — Tens of millions of Social Security recipients and other retirees will get a 2.8 percent boost in benefits next year as inflation edges higher. It’s the biggest increase most retired baby boomers have gotten.

Following a stretch of low inflation, the cost-of-living adjustment, or COLA, for 2019 is the highest in seven years. It amounts to $39 a month for the average retired worker, according to estimates released Thursday by the Social Security Administration.

The COLA affects household budgets for about one in five Americans, including Social Security beneficiaries, disabled veterans and federal retirees. That’s about 70 million people, enough to send ripples through the economy.

Unlike most private pensions, Social Security has featured inflation protection since 1975. Beneficiaries also gain from compounding since COLAs become part of their underlying benefit, the base for future cost-of-living increases. 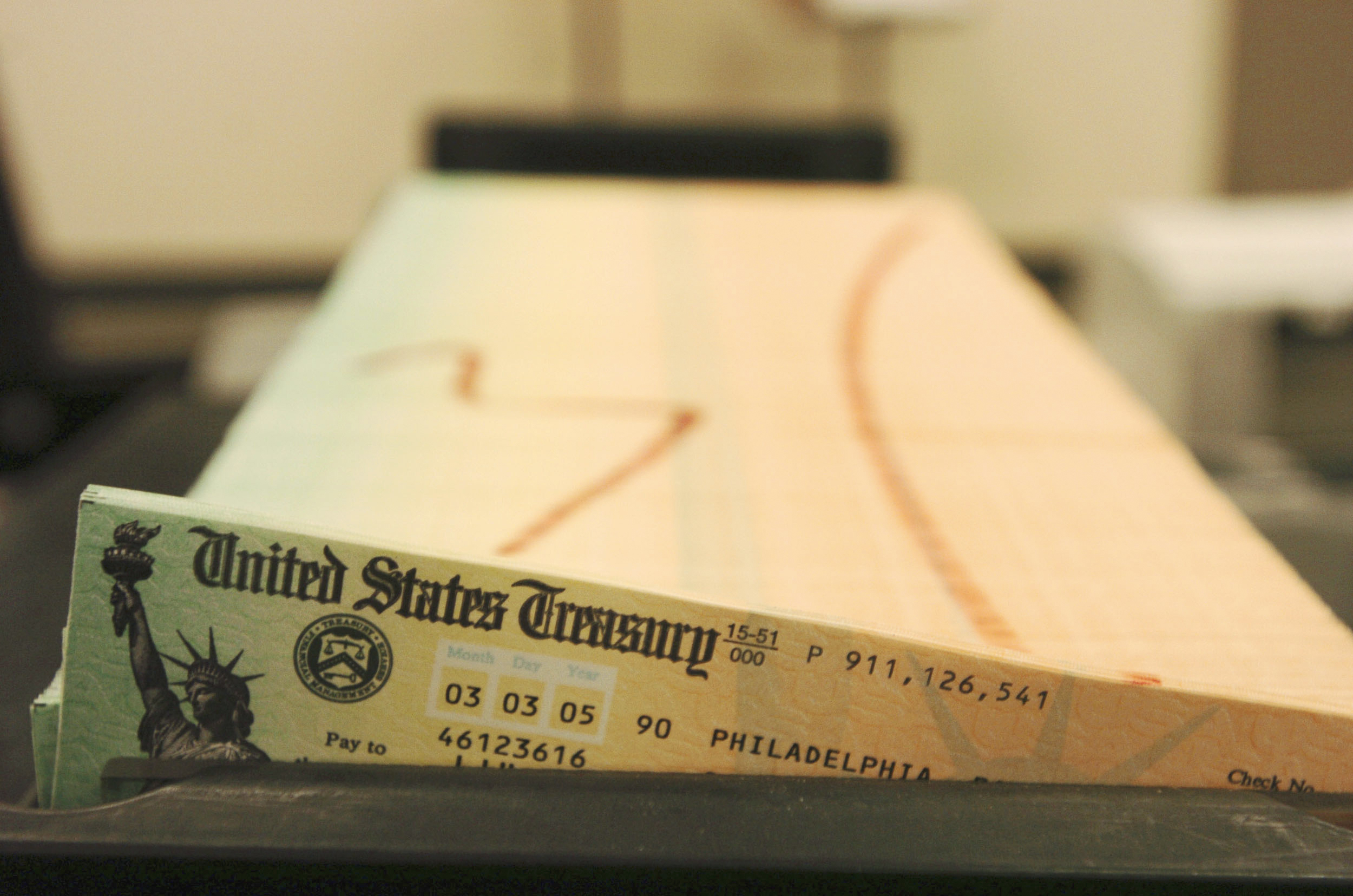 In this Feb. 11, 2005 file photo, trays of printed social security checks wait to be mailed from the U.S. Treasury’s Financial Management services facility in Philadelphia. Tens of millions of Social Security beneficiaries and other retirees can expect an increase in benefits next year as inflation edges higher. The government announced a cost-of-living adjustment of 2.8 percent on Thursday. That would mean an extra $39 a month for the average retired worker. (AP Photo/Bradley C. Bower, File)

Nonetheless many retirees and their advocates say the annual adjustment is too meager and doesn’t reflect higher health care costs for older people. Federal budget hawks take the opposite view, arguing that increases should be smaller to reflect consumers’ penny-pinching responses when costs go up.

With the COLA, the estimated average monthly Social Security payment for a retired worker will be $1,461 a month next year.

“For more recent retirees, the 2019 COLA will be the largest increase they have gotten to date,” said policy analyst Mary Johnson, of the nonpartisan Senior Citizens League.

But retiree Danette Deakin, of Bolivar, Missouri, said she feels as though her cost-of-living adjustment is already earmarked for rising expenses.

Her Medigap insurance for costs not covered by Medicare is going up, and so is her prescription drug plan. She expects her Medicare Part B premium for outpatient care will also up.

“It isn’t enough of an increase that it takes care of all of the increases from health care, plus rent — our rent gets increased every year,” said Deakin, 70, who worked in the finance department at a boat dealership.

Health care costs eat up about one-third of her income, she estimated.

“I appreciate the COLA adjustment, and in no way am I complaining,” Deakin added. “It’s just that every single thing you can talk about goes up. It doesn’t go down.”

By law, the COLA is based on a broad index of consumer prices. Advocates for seniors claim the general index doesn’t accurately capture the rising prices they face, especially for health care and housing. They want the government to switch to an index that reflects the spending patterns of older people.

“What the COLA should be based on is still a very real issue,” said William Arnone, CEO of the National Academy of Social Insurance, a research organization not involved in lobbying. “Older people spend their money in categories that are going up at a higher rate than overall inflation.”

The COLA is now based on the Consumer Price Index for Urban Wage Earners and Clerical Workers, or CPI-W, which measures price changes for food, housing, clothing, transportation, energy, medical care, recreation and education.

Advocates for the elderly would prefer the CPI-E, an experimental measure from the government that reflects costs for households headed by a person age 62 or older. It usually outpaces general inflation, though not always.

COLAs can be small or zero, as was the case in several recent years. People often blame the president when that happens. However, the White House can’t dictate the COLA, which is calculated by nonpolitical experts.

President Donald Trump has repeatedly vowed not to cut Social Security or Medicare. But the government is running $1 trillion deficits, partly as a result of the Republican tax cut bill Trump signed. Mounting deficits will revive pressure to cut Social Security, advocates for the elderly fear.

“The revenue loss in the tax bill contributes to much higher deficits and debt, and that is where the threats begin to come in,” said David Certner, policy director for AARP. “Social Security, and in particular the COLAs, have been the target.”

Former President Barack Obama floated — but ultimately dropped — a proposal called chained CPI, which would have slowed annual COLAs to reflect penny-pinching by consumers. Behind it is the idea that when the price of a particular good or service rises, people often respond by buying less or switching to a lower-cost alternative.

Because of compounding, smaller COLAs would have a dramatic effect over time on the federal budget and Social Security finances. But if inflation continues to rise, proposals to scale back cost-of-living adjustments carry greater political risk.

Beyond federal budget woes, Social Security faces its own long-term financial problems and won’t be able to pay full benefits starting in 2034.

In addition to retirees, other Social Security beneficiaries include disabled workers and surviving spouses and children. Low-income disabled and elderly people receiving Supplemental Security Income also get a COLA.