Next month, President Trump and Joe Biden are scheduled to take the stage at the first presidential debate ahead of the 2020 election.

Some Trump supporters have been questioning Biden’s cognitive decline, and his constant refusal to answer questions from reporters or speak to the media without a teleprompter. This and Biden’s consistent blunders even brought up the question of if is able to debate President Trump on live television.

She explained that she doesn’t think Biden should “legitimize” any conversations with the President of the United States. 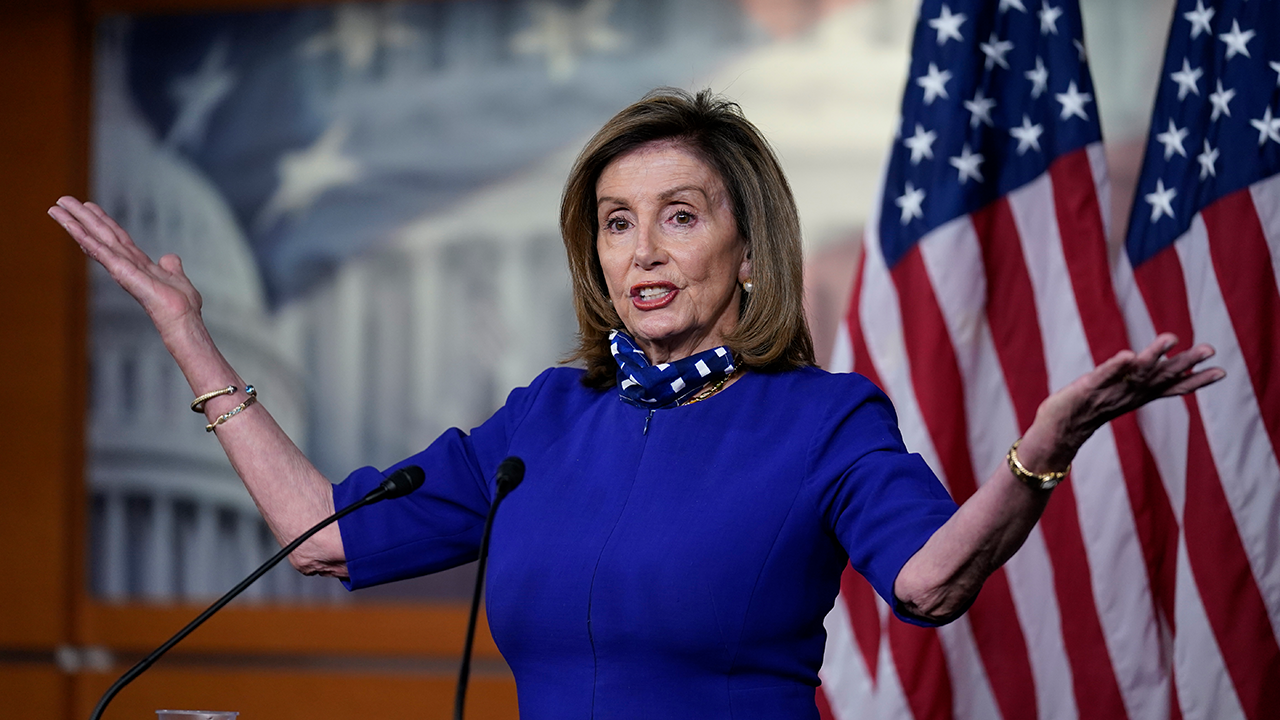 Speaker of the House Nancy Pelosi, D-Calif., speaks during a news conference at the Capitol in Washington, Thursday, Aug. 27, 2020. (AP Photo/J. Scott Applewhite)