NEW YORK (AP) — Sports Illustrated magazine has been sold for $110 million to a company that specializes in managing fashion, entertainment and sports brands, including marketing rights to Shaquille O’Neal and Muhammad Ali.

The seller, Meredith Corp., will continue running the print edition and the website SI.com for at least two years. Its editor and publisher are staying on, and the magazine will have editorial independence.

The deal lets Sports Illustrated grow in new areas such as esports, while Meredith can continue to “produce independent, award-winning journalism and storytelling,” Sports Illustrated Editor-in-Chief Chris Stone said in a statement.

It’s not clear what will happen after two years, though it’s possible Meredith and the new buyer, Authentic Brands Group, could extend their licensing deal, terms for which weren’t disclosed.

The magazine is “so essential in the psyche of sports,” said Samir Husni, director of the Magazine Innovation Center at the University of Mississippi, even after losing some of its luster with ESPN’s entry to sports journalism decades ago. 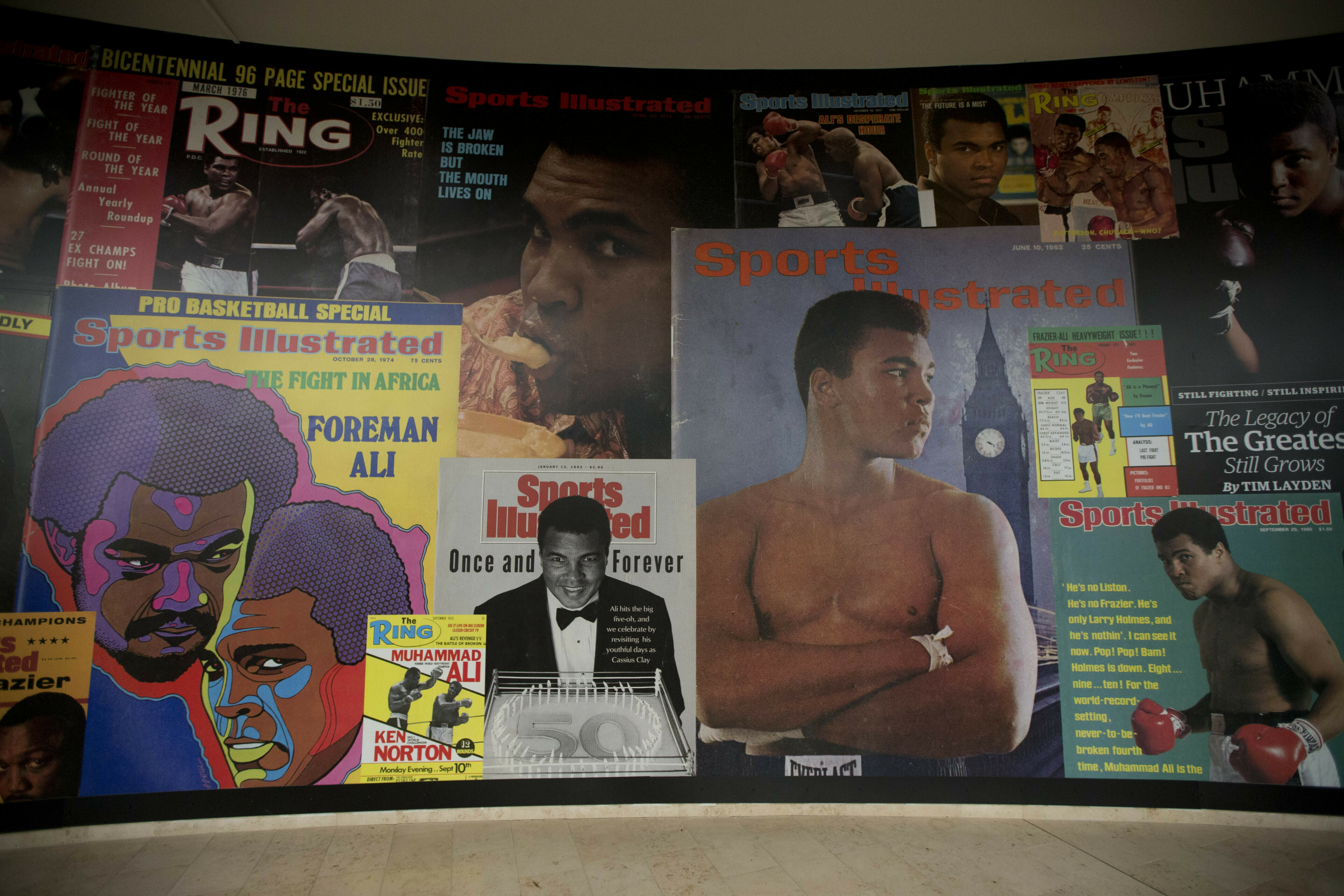 In this June 4, 2016, file photo large posters of mostly Sports Illustrated magazine covers are displayed at the “I Am The Greatest, Muhammad Ali” exhibition at the O2 arena, which hosts high profile boxing fights in London. Sports Illustrated is being sold for $110 million, but the seller will continue running the iconic magazine under a licensing deal. Authentic Brands Group is buying Sports Illustrated from Meredith Corp. (AP Photo/Matt Dunham, File)

Meredith has long published Martha Stewart Living magazine under a licensing deal. “We believe we will have similar, great success developing the vitality and profitability of Sports Illustrated,” Meredith spokeswoman Jill Davidson said.

For now, she said Meredith and Authentic have “achievable and ambitious goals to meet” and will evaluate the partnership after two years. She said there are no plans to change the magazine’s frequency.

Authentic said it sees opportunities to grow Sports Illustrated in digital, TV and social media, making it “a leader in lifestyle and entertainment.”

Authentic will take over marketing and business development and will look for other licensing opportunities in products, original content and live events. The company said it sees opportunity to use the Sports Illustrated brand in growing markets for sports gambling and video game competitions known as esports.

Sports Illustrated, which began publishing in 1954, covers sports and has an annual swimsuit edition.

Meredith and Authentic say Sports Illustrated has an audience of more than 120 million people online and in print. The magazine, however, has struggled as print advertisers flee for the internet and digital sports outlets crop up. ESPN, for example, said in April that it would shut down its print magazine .

Meredith got Sports Illustrated as part of its purchase of the Time Inc. magazine company in January 2018. Meredith, the publisher of lifestyle magazines and sites like Martha Stewart Living and Allrecipes, said shortly after buying Time Inc. that it wanted to sell the publisher’s news and sports magazines while keeping the titles more aligned with its brand like People. It has already offloaded Time magazine and Fortune .

Meredith also wanted to sell Money, but instead is shutting down the print version of the magazine.

What parents should do if they can't find baby formula