SAN DIEGO (KUSI) – As the November election quickly approaches, some local races are heating up.

State Senator Joel Anderson and Poway Mayor Steve Vaus are campaigning against each other to become the next District 2 San Diego County Supervisor.

Both candidates are Republicans, and State Senator Joel Anderson came in first place in the March primary.

Vaus has said Anderson’s campaign has no strategy, but Anderson told KUSI’s Paul Rudy that what he has done has been successful, and responded to that criticism saying, “maybe he should wing it.”

Anderson says Vaus has flip flopped on his support for President Donald Trump, depending on what part of the county he’s in.

Anderson also gave out his cell phone number, 619-204-2200, because he says Mayor Vaus says he takes constituents calls on his free time.

Regarding Governor Newsom’s reopening guidelines, State Senator Joel Anderson said he would of been the one to stick up for San Diegans by doing things like seconding Supervisor Jim Desmond’s motion to not enforce state regulations. Anderson said a second doesn’t mean he would have voted for it, but it would force the Board to debate publicly.

Anderson said a second on Desmond’s motion would have prevented the Board of Supervisors from holding closed door meetings, allowing transparency to the public.

More information on Anderson’s campaign can be seen here. 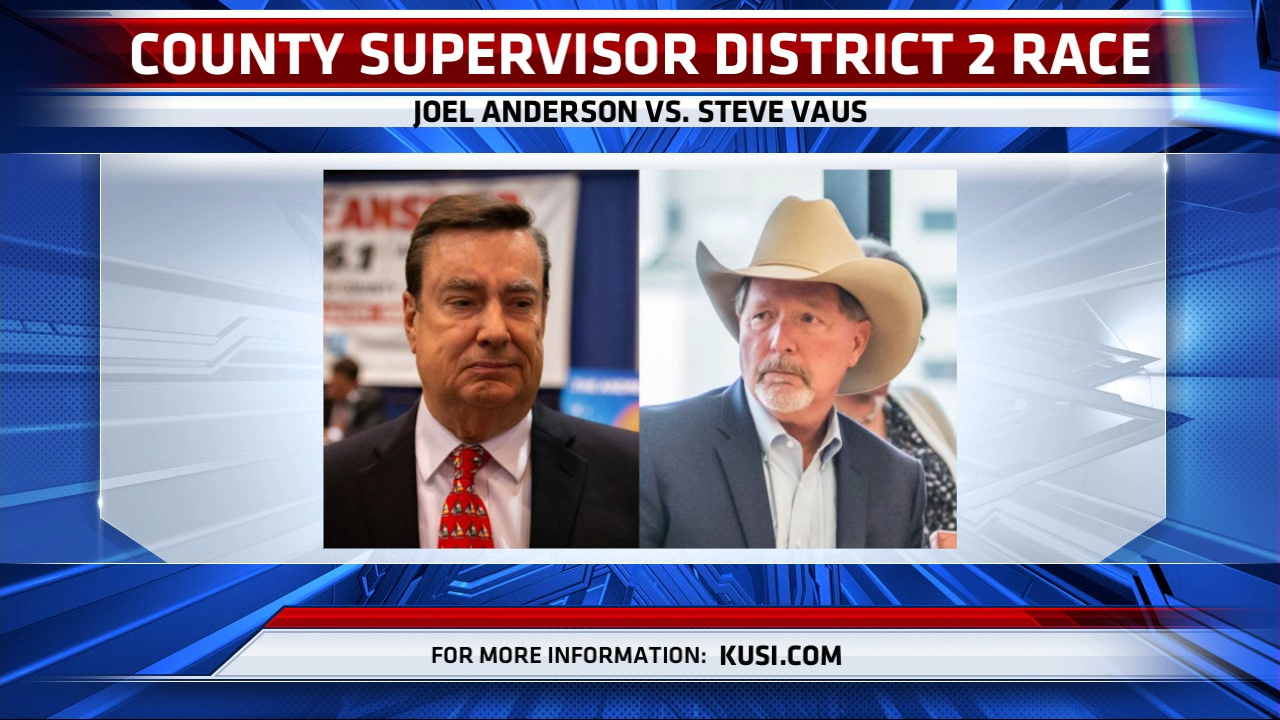