ESCONDIDO (KUSI) – The California Department of Social Services sent San Pasqual Academy, one of the nation’s first residential and educational campus for foster kids ages 12-17, a letter notifying its closure.

As a result, current and former students from the institution, which has served foster children for over 20 years, are rallying to fight the closure.

Among other reasons, the state’s letter cites years of declining enrollment and state and federal law changes requiring children to be with families rather than in group settings.

Currently SPA has 70 foster students and has been told to close in October.

Valedictorian for SPA’s class of 2009, Simone Hidds-Monroe, joined KUSI’s Elizabeth Alvarez to elaborate on SPA’s impact on her own life.

“I joined and entered foster care at the age of 13 with my three older siblings. The fate of a sibling set of four in foster care remaining together is slim to none. San Pasqual Academy was the only option we had to keep our family together and was a safe haven and permanent home for us until we graduated high school and beyond,” Hidds-Monroe said.

She explained that older foster children such as teenagers are not likely to find homes willing to adopt them, or sibling sets, and for the past 20 years, San Pasqual Academy has been a solution for taking in children that many others won’t take.

“For me and my siblings, that was the greatest gift we could have received in foster care, to remain together,” Hidds-Monroe added, saying that the Academy has provided the same need for other foster kids for the past 20 years. 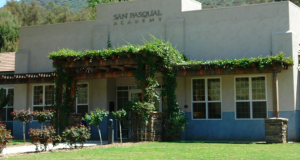 Alvarez asked Hidds-Monroe where she would be today had she not had SPA.

She responded that she felt privileged to not even have to know where she would be.

“I would have never grown up with my siblings, never been able to be proud of my identity, of being raised in a community with my peers who identified just like I did, it leveled the playing field that being a foster youth in high school isn’t a bad thing. We were able to embrace our other identities of being an athlete, a student, a sister, a mentor. And to me, those identities stand very clear and firm for me, and many of the youth who have walked through the doors of the San Pasqual Academy,” Hidds-Monroe said.

SPA allows foster kids to have a choice in the direction of their lives, Hidds-Monroe added.

Hidds-Monroe said that the Academy’s students did not even know about its closure until they saw it in a newspaper.

Currently, Hidds-Monroe mentioned the community has been in support of fighting this closure, but no elected officials have come forth to show their support.