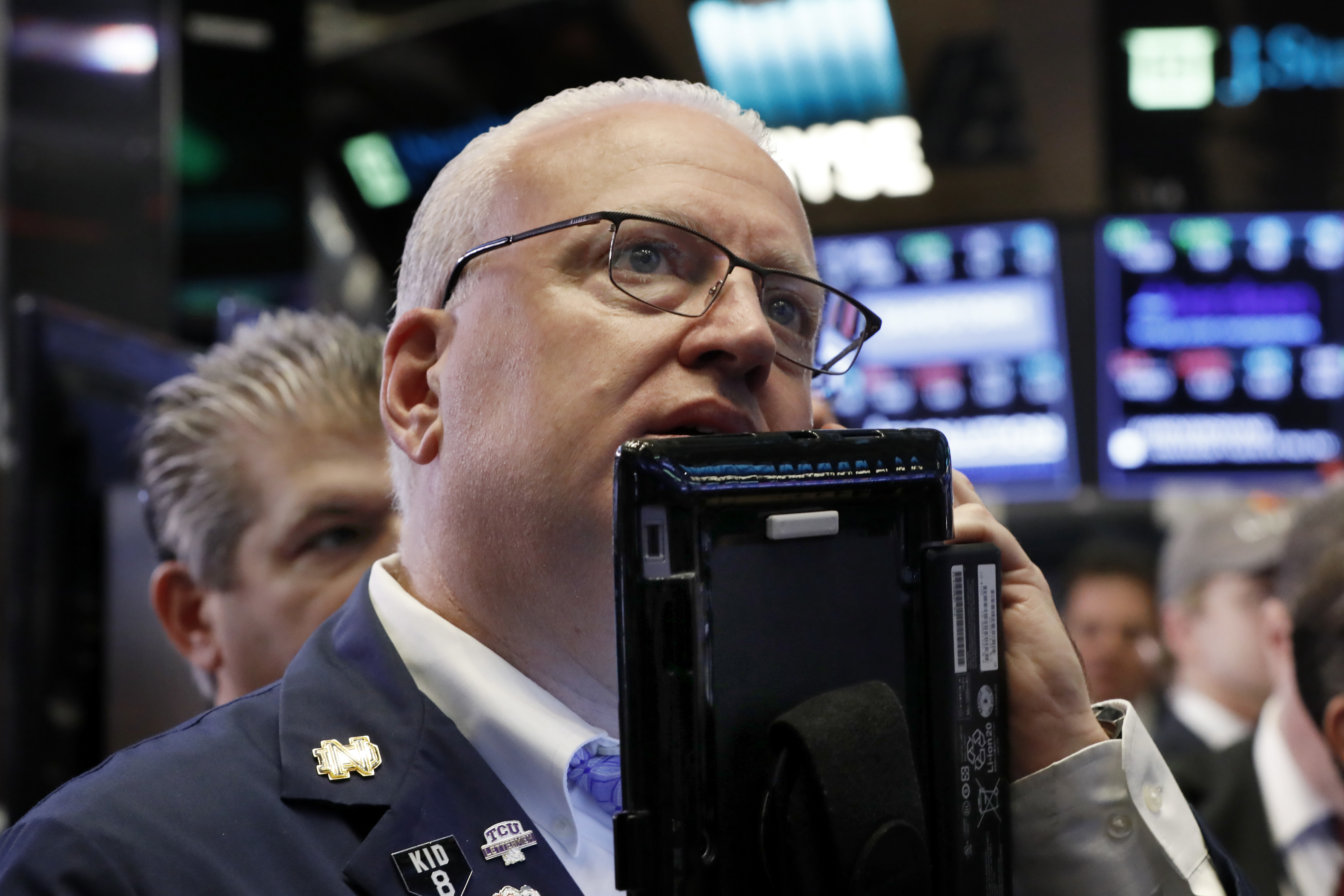 Even with the big gains, major indexes are still broadly lower for the month following a two-day rout last week that erased nearly 1,400 points from the Dow.

Investors were encouraged by some good news on the economy. The Federal Reserve said output by U.S. factories, mines and utilities climbed in September despite the effects of Hurricane Florence, and the Labor Department said U.S. employers posted the most jobs in two decades in August while hiring continued to increase.

Scott Wren, senior global equity strategist for the Wells Fargo Investment Institute, said stocks jumped because the industrial production report suggests inflation isn’t speeding up, and that investors took that as a sign the Fed won’t accelerate the pace of its interest rate increases.

“Anything that helps the market think that the Fed won’t make a mistake is good,” Wren said.

Netflix soared 12 percent to $387 in aftermarket trading after reporting surprisingly strong subscriber growth during the summer. That was a welcome change from the big losses it took after its second-quarter report, when it posted disappointing subscriber totals and gave a weak forecast. Netflix is up 80.5 percent this year, the fourth-best of any S&P 500 stock.

UnitedHealth, the largest U.S. health insurer and provider of privately-run Medicare Advantage plans, once again topped Wall Street forecasts and raised its projections for the year. The stock climbed 4.7 percent to $272.57. That suggests other health insurers are likely to report strong results in the next few weeks. Cigna advanced 3.9 percent to $211.96.

Morgan Stanley rose 5.7 percent to $45.94 and Goldman Sachs added 3 percent to $221.70 after the two investment banks did better than expected in the third quarter, helped by strong performance in their trading operations and better-than-expected revenue from stock underwriting. Morgan Stanley’s stock has fallen 12 percent this year and Goldman has lost 13 percent.

Technology companies rose. Microsoft jumped 3.2 percent to $110.65 and Adobe rallied 9.5 percent to $260.67 after it backed its fourth-quarter profit and revenue forecasts. The stock has jumped 49 percent this year, but had slumped in recent days. Internet companies also advanced. Alphabet, Google’s parent company, rose 2.8 percent to $1,133.08.

On Wednesday Canada will legalize marijuana nationwide. While cannabis companies mostly traded lower Tuesday, the stocks have made huge gains this year in highly volatile trading. Tilray fell 4.4 percent to $158.38 while Canopy Growth shed 6.8 percent to $53.01.

Benchmark Capital analyst Mike Hickey started coverage of Tilray with a $200 price target Tuesday, saying its supply deals with pharmacies and a partnership with drugmaker Novartis will help make it an early leader in the market. Hickey valued the Canadian cannabis market at about $3.2 billion in 2019 and said it will climb to $8.1 billion by 2023.

Tilray’s market value stands at almost $15 billion, up ninefold since it went public in mid-July. Canopy Growth, which recently announced a big investment from Corona beer maker Constellation Brands, has more than doubled in value to $12.2 billion.

The huge gains reflect investors’ view that that other countries will legalize marijuana in the years to come.

Bond prices edged lower. The yield on the 10-year Treasury note rose to 3.17 percent from 3.16 percent.

AP Markets Writer Marley Jay can be reached at http://twitter.com/MarleyJayAP