Gaspar is campaigning against two other candidates, Democrats Olga Diaz and Tara Lawson Remer. Gaspar currently holds the seat and is running on her success as the District 3 Supervisor. 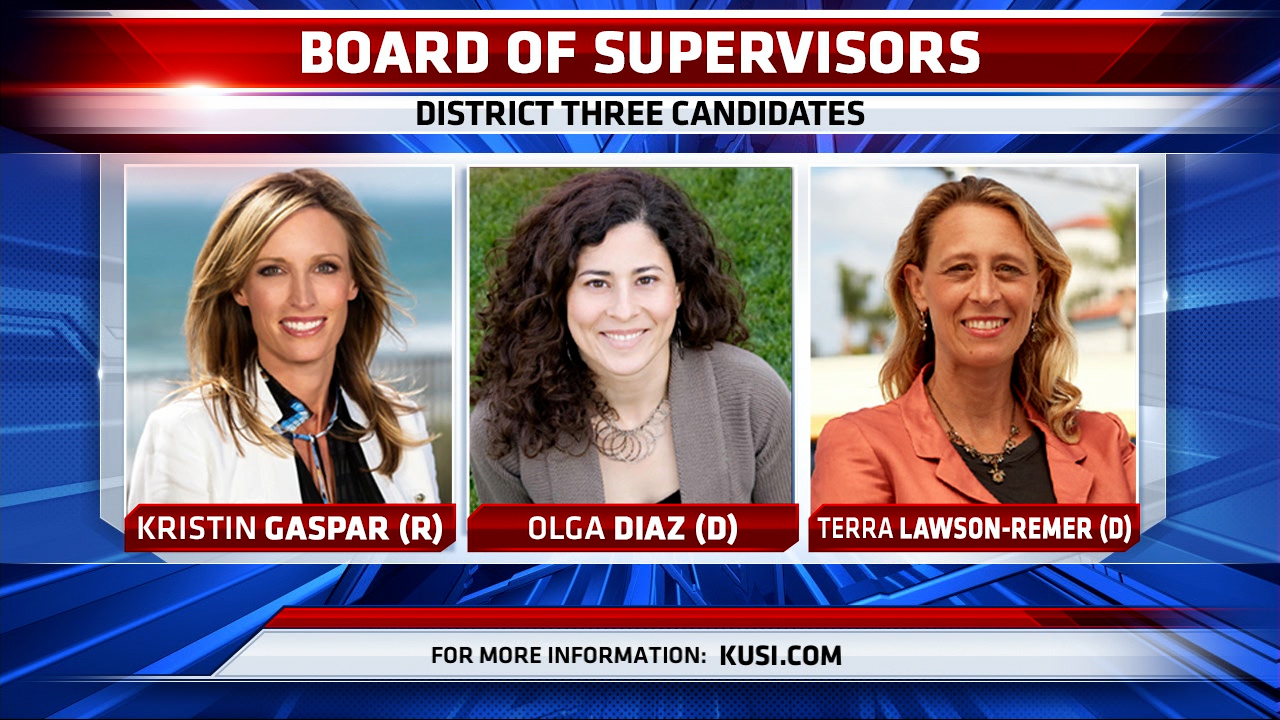