Her opponent, Democrat Terra Lawson-Remer, was recently endorsed by Supervisor Nathan Fletcher, who has been the consistent vote against the re-opening of our county.

If Lawson-Remer defeats Gaspar, the Board of Supervisors balance of power will switch to Democrat rule.

Gaspar and Lawson-Remer differ on some major policy stances, including the push to safely re-open and Proposition 15, which would increase taxes in the middle of a pandemic.

Gaspar has also been leading the push to get youth sports restarted here in San Diego County. Currently, youth teams can practice, but not play games.

Gaspar attended last weekend’s “What About Us” rally in support of opening up youth sports, where coaches, parents, and players gathered outside the County Administration building to voice their support for allowing their kids to play again.

Many of them are traveling to Arizona to play their games, and are tired of doing so. They say the ban on youth sports games isn’t preventing them from playing, rather only forcing them to travel much farther in order to do so.

Gaspar said she had “goosebumps” when walking up to the rally. “This rally really was the kick off of an all hands on deck effort where we will be pushing strongly over the next couple of weeks to let our kids play.

Supervisor Kristin Gaspar discussed her campaign and work to get our county reopened with KUSI’s Lauren Phinney on Good Morning San Diego.

RELATED STORY: What About Us rally to open up youth sports competition in California during pandemic 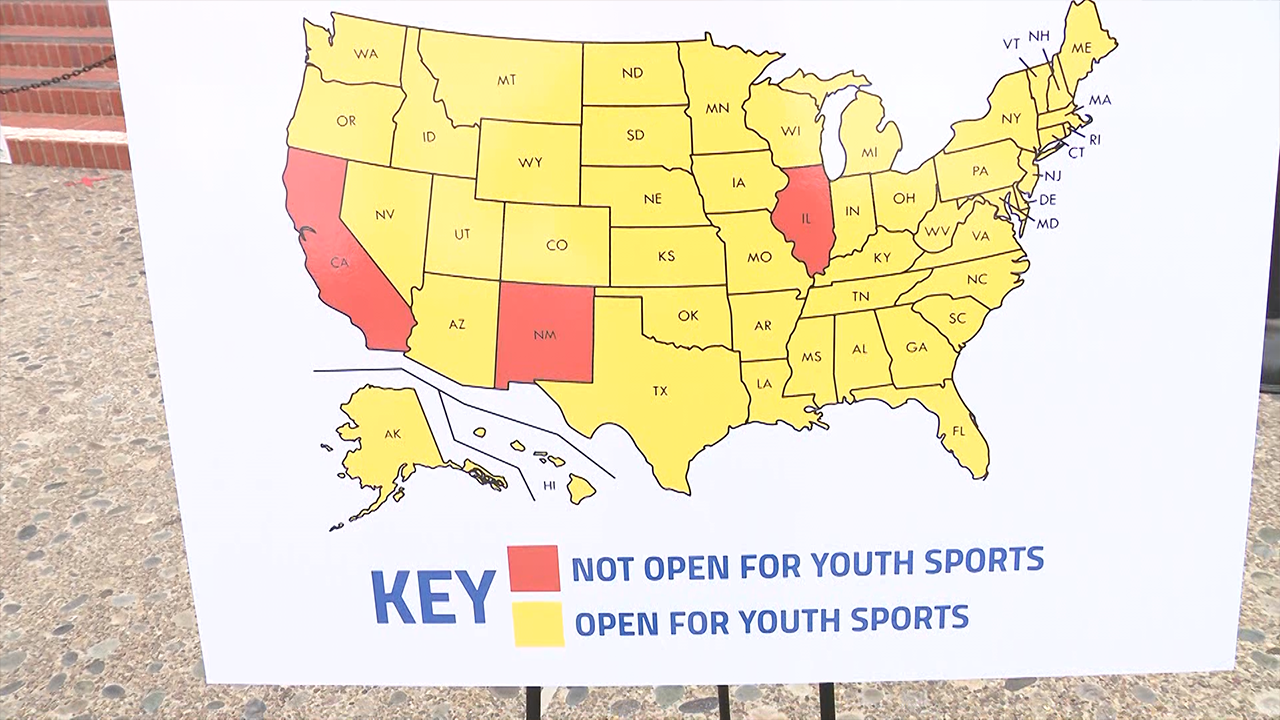