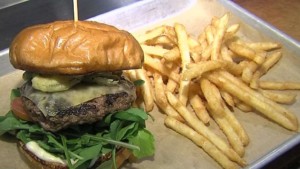 SAN DIEGO (KUSI) – The San Diego County Board of Supervisors voted 3-0 Wednesday to start the process of allowing micro-enterprise home kitchen operations throughout the county.

Supervisors directed Chief Administrative Officer Helen Robbins-Meyer to create an ordinance and return to the board in 120 days.

The home kitchens, known as “MEHKOs,” can be authorized on a county- by-county basis.

Supervisor Nora Vargas, who was chairing Wednesday’s meeting, made the proposal along with colleague Joel Anderson. Anderson and board Chairman Nathan Fletcher were absent during the vote. Audience members who spoke in favor of allowing home kitchens applauded.

According to Anderson and Vargas, MEHKO benefits include:

— significant economic opportunities for small-scale, home-cooking operations, which are primarily operated by women, immigrants, and people of color;

— creating another path to supplementing family income for those hardest hit by the COVID-19 pandemic;

— letting aspiring restaurateurs to try out and vet a menu while learning the basics of what it takes to run a small-scale retail food operation;

“This is great,” Lawson-Remer said. “I love small businesses, I love tamales and I love supporting our micro-enterprises.”

While Desmond was concerned about county policy possibly usurping local city government rules, he described the home kitchen proposal as “a wonderful thing,” and also heard from restaurant owners in support.

Vargas said even though Anderson was absent from Wednesday’s meeting, allowing home kitchens “is near and dear to his heart.”

During a public hearing, about 20 advocates told supervisors how important home kitchens are for their communities, working families, and entrepreneurs who want a chance to succeed in the restaurant businesses but lack the fund.

Karen Melvin of the San Diego Microenterprise Home Kitchen Coalition said that since Riverside County allowed MEHKOs two years ago, there have been zero food safety complaints, and only two nuisance complaints.

John Alvarado, executive director of the Good Neighbor Project, asked supervisors to “please give my community the right to feed our people.”

One woman who said she emigrated from the Congo 14 years ago and is now a legal U.S. citizen, urged supervisors to vote yes. “I and others in my community would like the chance to cook for your neighbors, so we can take care of our children and make money for (our) families,” she said.

State law established MEHKOs as a new type of retail food facility to be operated by a resident in a private home. To date, seven of California’s counties have authorized MEHKOs.

Anderson’s office received more than 30 letters of support from local community groups and organizations. Two of these supporters, Foodnome and the San Diego MEHKO Coalition, had representatives speak with the supervisors at a news conference last week.

“Foodnome, the first legal marketplace for home-cooked food in the U.S., has actively supported over 150 home cooks, the majority of whom are women and people of color, to obtain legal MEHKO permits across California,” said Roya Bagheri, the Foodnome representative.

“In over two years of operation, with more than 100,000 meals sold, there have been zero food safety complaints,” Bagheri said. “We’ve seen the incredible impacts of the MEHKO program on inclusion, incubation, and innovation in local communities and urge San Diego County to provide this opportunity for residents.”