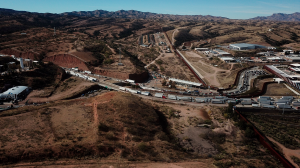 WASHINGTON (AP) — The Supreme Court is refusing to block a court ruling ordering the Biden administration to reinstate a Trump-era policy that forces people to wait in Mexico while seeking asylum in the U.S.

With the three liberal justices in dissent, the court said Tuesday that the administration likely violated federal law in its efforts to rescind the program informally known as Remain in Mexico.

A federal judge in Texas had previously ordered that the program be reinstated last week.

Both he and the 5th U.S. Circuit Court of Appeals refused the administration’s request to put the ruling on hold.