Taliban: 5 freed in exchange for Bergdahl have joined insurgents in Qatar

They will now be among Taliban representatives negotiating for peace in Afghanistan, a sign some negotiators in Kabul say indicates the Taliban’s desire for a peace pact.

Others fear the five, all of whom were close to the insurgent group’s founder and hard-line leader Mullah Mohammed Omar, bring with them the same ultra-conservative interpretation of Islam that characterized the group’s five-year rule that ended in 2001 with the U.S.-led invasion. 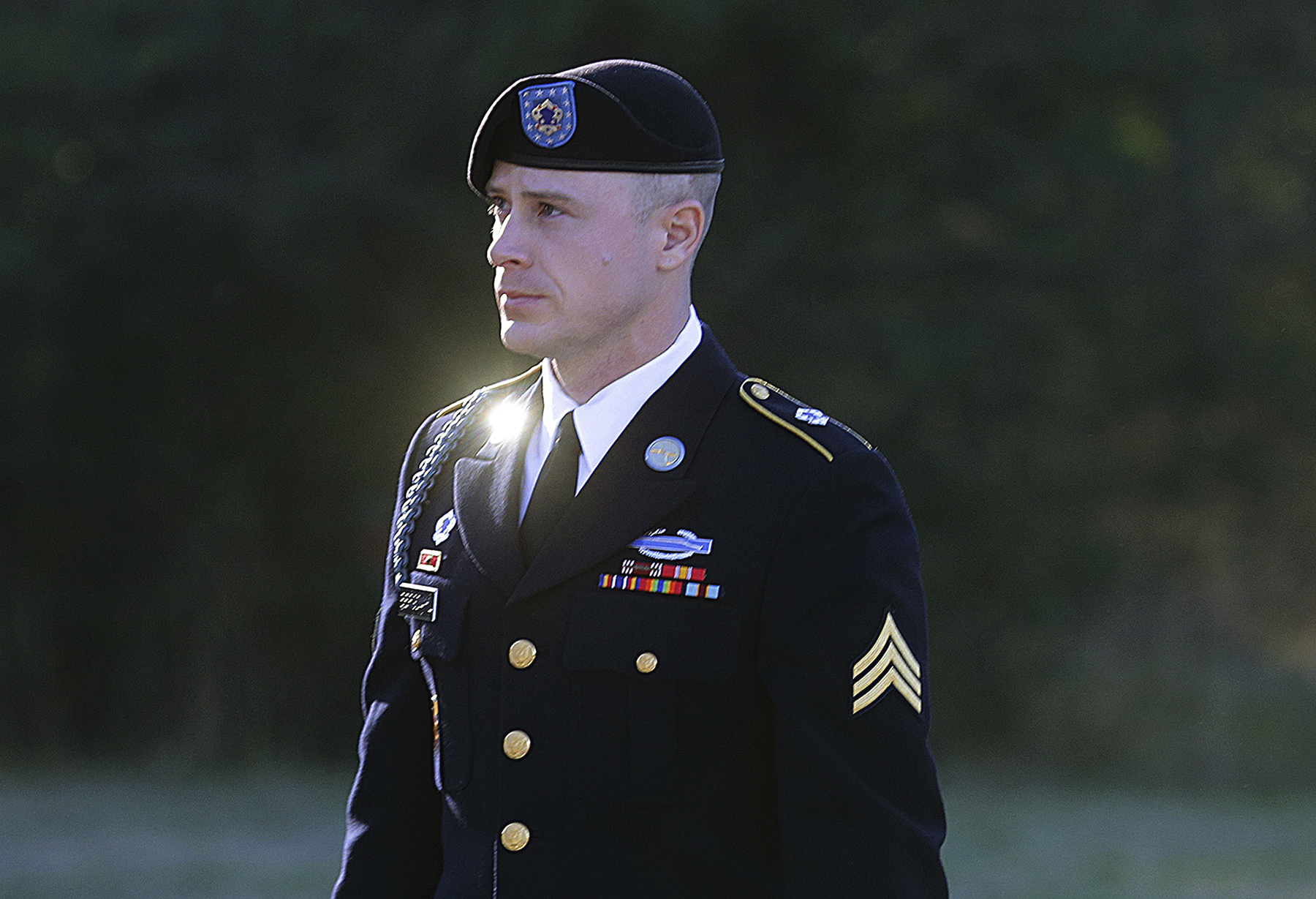 FILE – In this Jan. 12, 2016, file photo, then-Army Sgt. Bowe Bergdahl arrives for a pretrial hearing at Fort Bragg, N.C. Five members of the Afghan Taliban who were freed from the U.S. military prison at Guantanamo Bay in exchange for captured American army Sgt. Bergdahl have joined the insurgent group’s political office in Qatar, Taliban spokesman Zabihullah Mujahid said Tuesday, Oct. 30, 2018. Bergdahl had been held in Taliban custody since 2009 when he wandered off a U.S. army base. In 2017, he was given a dishonorable discharge on charges of desertion.(AP Photo/Ted Richardson, File)

“The Taliban are bringing back their old generation, which means the Taliban have not changed their thinking or their leadership,” said Haroun Mir, a political analyst in the Afghan capital. “What we are more worried about is if tomorrow the Taliban say ‘we are ready to negotiate,’ who will represent Kabul? That is the big challenge because the government is so divided, not just ideologically but on ethnic lines.”

But Mohammed Ismail Qasimyar, a member of a government peace council, warned Washington against negotiating peace terms with the Taliban, saying Khalilzad’s only job is to set the stage for direct talks between the Afghan government and the Taliban, something the insurgents have so far refused calling the government a U.S. puppet.

Taliban officials reported meeting with Khalilzad in Qatar earlier this month, calling the exchange preliminary but pivotal. Washington neither confirmed nor denied the meeting, but Khalilzad was in Qatar at the time.

A Taliban official familiar with the discussions told The Associated Press that talks ended with an agreement to meet again. Key among the Taliban’s requests was recognition of their Qatar office, said the official, who spoke on condition he not be identified because he was not authorized to speak to the media.

In an unexpected development, Pakistan also bowed to a long-standing Afghan Taliban demand that it release its senior leader, Mullah Abdul Ghani Baradar, who had been in jail in Pakistan since 2010. At the time, Baradar was reportedly jailed after bypassing Pakistan to open independent peace talks with Hamid Karzai, who was then Afghanistan’s president.

Baradar issued an audio message after his release to the Taliban. The Pashto-language message, heard by an Associated Press reporter, seemed to indicate he was preparing for a role in the insurgent movement moving forward.

Hakim Mujahed, a former Taliban member who is now also a member of the Afghan government peace council, said the presence of the five former Guantanamo prisoners in the Taliban’s Qatar office is indicative of the Taliban’s resolve to find a peace deal. He said the stature of the five within the insurgent movement will make a peace deal palatable to the rank and file, many of whom have resisted talks believing a military victory was within their grasp.

“These people are respected among all the Taliban,” said Mujahed. “Their word carries weight with the Taliban leadership and the mujahedeen.”

But there are some among the five who have a disturbing past.

Human Rights Watch accused Mohammed Fazl, the former Taliban army chief arrested in 2002, of overseeing the deaths of thousands of minority Shiites in 2000. The massacre outraged the world and followed the killing in 1997 of an estimated 2,000 young ethnic Pashtuns in northern Afghanistan by Taliban rivals.

Another of the five is Khairullah Khairkhwa, a former governor of Herat province, who was close to both Taliban founder Mullah Omar and al- Qaida leader Osama bin Laden. Khairkhwa also had a friendship with former president Hamid Karzai.

The others include Abdul Haq Wasiq, deputy intelligence minister, Mullah Norullah Nori, once described as the most significant Taliban leader held at Guantanamo Bay because of his particularly close relationship with Mullah Omar, who fought U.S.-led coalition forces in northern Afghanistan’s Mazar-e-Sharif and Mohammad Nabi, a Taliban communications officer.

All five are from southern Afghanistan, the Taliban’s heartland.

The five Taliban were released in 2014 in exchange for Bergdahl, who had been held in Taliban custody since 2009 when he wandered off a U.S. army base. Last year he was given a dishonorable discharge last year and fined $1,000 on charges of desertion and misbehavior.

Who could have seen this coming??? What a disgrace. Thanks Obama. https://t.co/9VYvxr68Mu