Texas governor to reject new refugees, becoming first state to do so under Trump

HOUSTON (AP) — Texas will no longer accept the resettlement of new refugees, becoming the first state known to do so under a recent Trump administration order, Gov. Greg Abbott said Friday.

Abbott’s announcement could have major implications for refugees coming to the United States. Texas has large refugee populations in several of its cities and has long been a leader in settling refugees, taking in more than any other state during the 2018 governmental fiscal year, according to the United Nations High Commissioner for Refugees.

Since the 2002 fiscal year, Texas has resettled an estimated 88,300 refugees, second only to California, according to the Pew Research Center.

In a letter released Friday, Abbott wrote that Texas “has been left by Congress to deal with disproportionate migration issues resulting from a broken federal immigration system.” He added that Texas has done “more than its share.”

Abbott argued that the state and its non-profit organizations should instead focus on “those who are already here, including refugees, migrants, and the homeless — indeed, all Texans.”

It wasn’t clear how Abbott’s letter might affect any currently pending refugee cases. 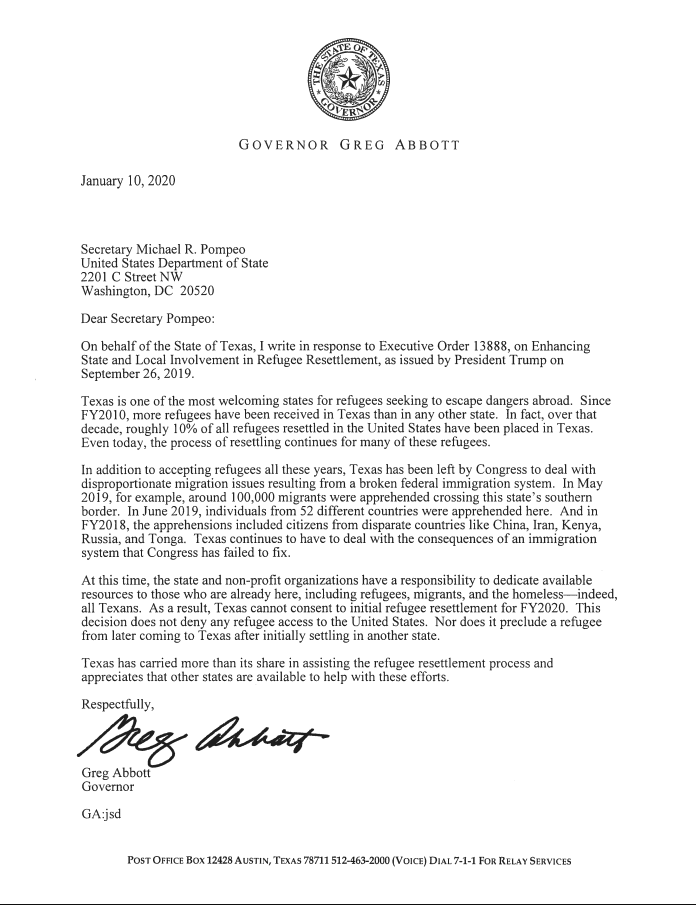 Refugee groups sharply criticized the Republican governor. Ali Al Sudani, chief programs officer of Interfaith Ministries for Greater Houston, predicted that some refugees with longstanding plans to come to Texas would have flights rescheduled or delayed. Al Sudani settled in Houston from Iraq in 2009 and now works to resettle other refugees.

“You can imagine the message that this decision will send to them and to their families,” Al Sudani said. “It’s very disappointing and very sad news, and honestly, this is not the Texas that I know.”

Dallas County Judge Clay Jenkins said he had met refugees in Dallas who had previously served as interpreters or aides for U.S. soldiers.

“You have people who are fleeing violence, people who are assisting us in the war on terror, who are having the door slammed in their faces,” said Jenkins, a Democrat who is the county’s chief administrative official.

President Donald Trump announced in September that resettlement agencies must get written consent from state and local officials in any jurisdiction where they want to help resettle refugees beyond June 2020. Trump has already slashed the number of refugees allowed into the country for the 2020 fiscal year to a historic low of 18,000. About 30,000 refugees were resettled in the U.S. during the previous fiscal year.

Governors in 42 other states have said they will consent to allowing in more refugees, according to the Lutheran Immigration and Refugee Service, which works with local agencies throughout the U.S. to resettle refugees. The governors who haven’t chimed in are all Republicans and are from Alabama, Georgia, Florida, Mississippi, South Carolina, and Wyoming.

Fierce debates have occurred in several parts of the country, including North Dakota and Tennessee, over whether to opt into refugee resettlement under the executive order. Many Republican governors have been caught between immigration hardliners and some Christian evangelicals who believe helping refugees is a moral obligation.

LIRS is also part of a lawsuit challenging the order. A federal judge on Wednesday heard arguments on a request by resettlement agencies to prevent the Trump administration from enforcing it.

Krish O’Mara Vignarajah, LIRS’ CEO, called Abbott’s decision “a devastating blow to a longstanding legacy of refugee resettlement in the state.” Local officials in Houston, Dallas, and other cities will not be able to take in refugees over the governor’s objection, she said.

“There are some refugee families who have waited years in desperation to reunite with their family who will no longer be able to do so in the state of Texas,” she said.

Abbott has tried to stop refugees before, declaring in 2015 that Texas would not welcome people from Syria following the deadly Paris attacks that November. At the time, the administration of former President Barack Obama continued to send refugees to Texas and other states led by Republican governors who were opposed to it.

Al Sudani, of Interfaith Ministries for Greater Houston, pointed out that even if refugees are resettled in a different state, they can travel freely within the U.S. and move wherever they choose.

“Literally you can take the bus the next day and come to Texas,” he said. 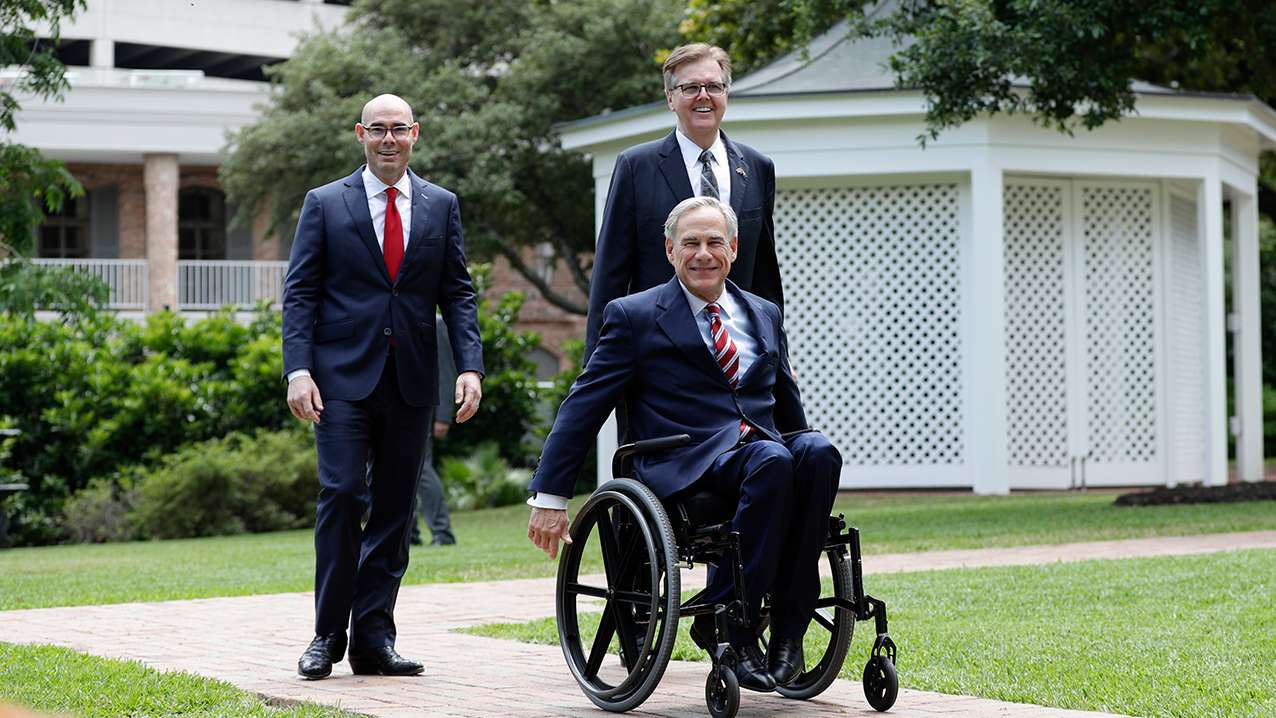 This version corrects the month that President Donald Trump issued his executive order to September.

How Sweetwater Authority is bringing people water service during COVID-19

Latest from City of Coronado on COVID-19 pandemic impact

Torreys runner on track to finding cure for COVID-19

How Sweetwater Authority is bringing people water service during COVID-19

Latest from City of Coronado on COVID-19 pandemic impact

Torreys runner on track to finding cure for COVID-19