About 217,000 Filipinos call San Diego home, according to the U.S. Census Bureau, and the Fabulous Filipino Brothers were honored to kick off the tour in their own backyard.

The film follows four brothers who travel from Northern California to the Philippines for a highly controversial Filipino wedding, where they confront issues of love, family, and culture.

Actor and Director Dante Basco, along with actors Dion, Darion, and Derek Basco, joined KUSI’s Logan Byrnes on “Good Evening San Diego” to discuss details of their film and tour.

It’s a film about family, Dante summed up.

Watch a trailer of the film here.

Purchase tickets for the film here. 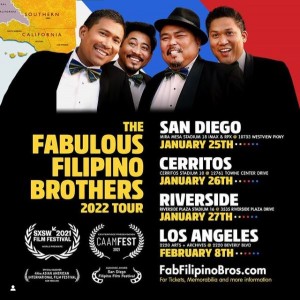