SAN DIEGO (KUSI) – The inaugural Wonderfront Music and Arts Festival will rock the San Diego waterfront, and before crowds can descend on the scenic locale, here’s everything you need to know about getting around downtown.

More than 90 acts are scheduled across seven main stages and five “activation” stages along the San Diego waterfront, and festivalgoers will have their work cut out if they’re thinking of hopping between them. Three stages are located at Embarcadero Marina Park North, three at Seaport Village, one at Hilton Bayfront Park, one at Ruocco Park, two at Broadway Pier, and one each aboard the California Princess, California Spirit and Marietta Boat.

“It’s going to take over downtown for a few days, which is awesome. We haven’t had anything like that since Street Scene,” Hawk said. “Amped to do something in my hometown, because it’s rare we get to do anything in San Diego.”

KUSI’s Hunter Sowards took a ride on the ferry that will transport people between stages and spoke with the festival’s managing partner Ernie Hahn about the highly anticipated festival finally beginning!

While aboard the ferry, we got to see a sneak peak of one of the performances. 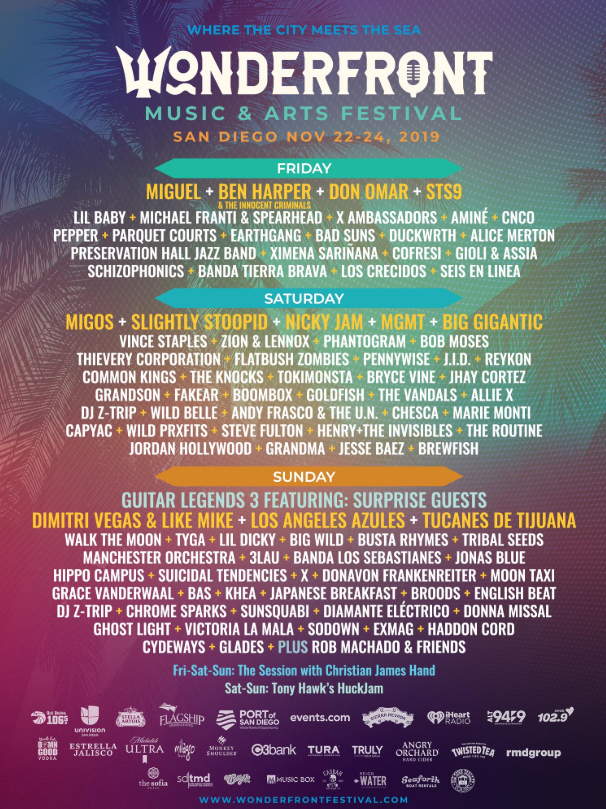