The internet searches for the meaning of ‘covfefe’

WASHINGTON, D.C. (KUSI) — The world became captivated with the word “covfefe” this morning — a word that, so far, has not been defined by the dictionary but has the internet guessing its meaning.

So how did it happen?

President Donald Trump typically connects with his fan base through Twitter and Tuesday night was no different; around midnight, President Trump sent this tweet: “Despite the negative press covfefe.” 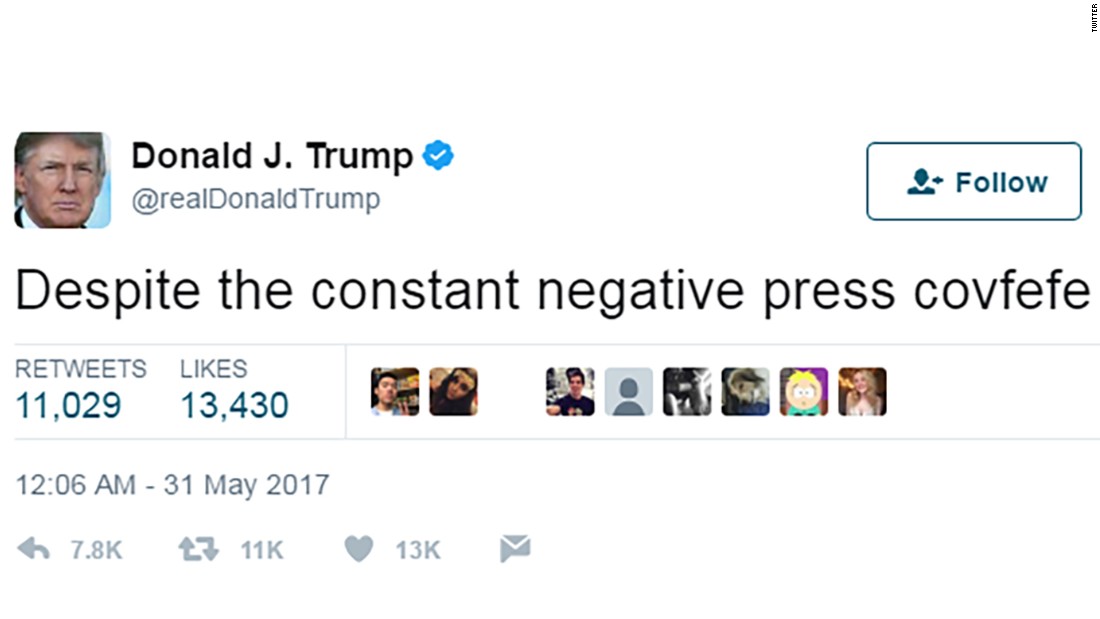 Clearly, the President mis-tweeted, but it was too late — within minutes, the undefined word had already captivated the masses on the web:

DON’T TALK TO ME UNTIL I’VE HAD MY COVFEFE.

Finally figured out what Bill Murray whispered in Scarlett Johansson’s ear at the end of "Lost in Translation" #covfefe pic.twitter.com/fDFJUYlEz8

Everyone questioned how to pronounce the word:

How does one pronounce "covfefe"? I want to make sure I don’t look and sound like an idiot when I add it to my vocabulary. #covfefe

There are people who pronounce it cov-feh-feh and then there’s everyone else who are wrong. #covfefe

Dictionary service Merriam-Webster posted about how searches for the word skyrocketed on their website after the tweet:

The tweet became one of the Predent’s most popular posts on the site before it was taken down hours later and replaced with "Who can figure out the true meaning of "covfefe" ??? Enjoy!"

Who can figure out the true meaning of "covfefe" ??? Enjoy!

And enjoy people did:

Moderator: Your word is #covfefe

Arvind: Use it in sentence

Eggs being smuggled through US-Mexico border at record rates