MARSING (KUSI) – A head-on car collision near Marsing, Idaho, killed four young Californians on May 29 — among them three sisters from Oceanside, and a man from Vacaville, California.

The Californians were in a Honda Civic on Highway 95 when it drove into a GMC Sierra pickup truck containing two unnamed men and one woman ranging in age from 16 to 21. 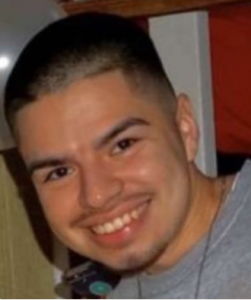 Juan Pablo Farias was 22 years old and about to graduate from UC Davis. Photo Credit: The Davis Rho’s on FB

The deceased have been named by state police as Juan Pablo Farias, 22, from Vacaville, and three young siblings from Oceanside, Melissa Rojas-Carrasco, 26, Jasmin Rojas-Carrasco, 22, and a 16-year-old girl who has since been identified on social media fundraisers as Priscilla Rojas-Carrasco.

The three riders in the GMC truck survived with non-life-threatening injuries and two were airlifted to a local hospital while another was taken by ambulance, police noted.

Police are still interviewing witnesses and investigating the incident, which occurred on a two-lane stretch of rural highway with a speed limit of 65 mph.

Thus far, investigators have learned that Tanya Hoebel, a witness to the incident, helped to save the truck’s occupants before it became engulfed in flames.

A gentleman told Hoebel to stay away from the accident, but she helped anyway, along with others.

One occupant was showered in debris and broken class, Hoebel recounted.

Jasmin studied at California State University, Sacramento, while Melissa went to UC Riverside, and Farias was about to graduate from UC Davis.

Sandra Hurtado, childhood best friend of Melissa, described Melissa’s friendliness. “She was a great person, a beautiful girl on the inside as much as on the outside. She always had a smile on her face and she didn’t have one mean bone in her body. She was intelligent, a UCR alumni. Words cannot describe the ray of sunshine that she was,” Hurtado said.

Several fundraisers have been created to help cover the costs to bring the deceased home and pay funeral costs.

The GoFundMe fundraisers are below:

Fundraiser page benefitting Jasmin’s boyfriend and the driver of the car.