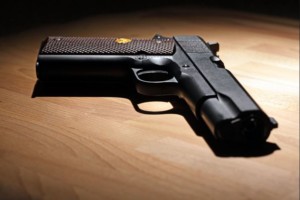 SAN DIEGO (KUSI) – Authorities reached out to the public Tuesday for help in identifying the killer or killers of a 59-year-old security guard who was gunned down outside a Spring Valley marijuana dispensary a year ago.

Kenneth Love II was found mortally wounded in front of the unlicensed cannabis shop in the 8700 block of Troy Street, just east of state Route 125, shortly after 11 p.m. on June 2, 2020, according to sheriff’s officials. Love was pronounced dead at the scene.

Detectives are seeking to identify a possible suspect in the shooting, a youthful-looking man videotaped by a security camera. Investigators believe he might have fled in a 2018 Toyota Camry, Seiver said.

The victim’s family has added $3,000 to a reward fund of up to $1,000 posted by San Diego County Crime Stoppers for information that leads to an arrest for Love’s slaying.

Anyone who might be able to help authorities solve the case is asked to call Crime Stoppers at 888-580-8477 or contact the agency online at sdcrimestoppers.org. Tipsters may remain anonymous.