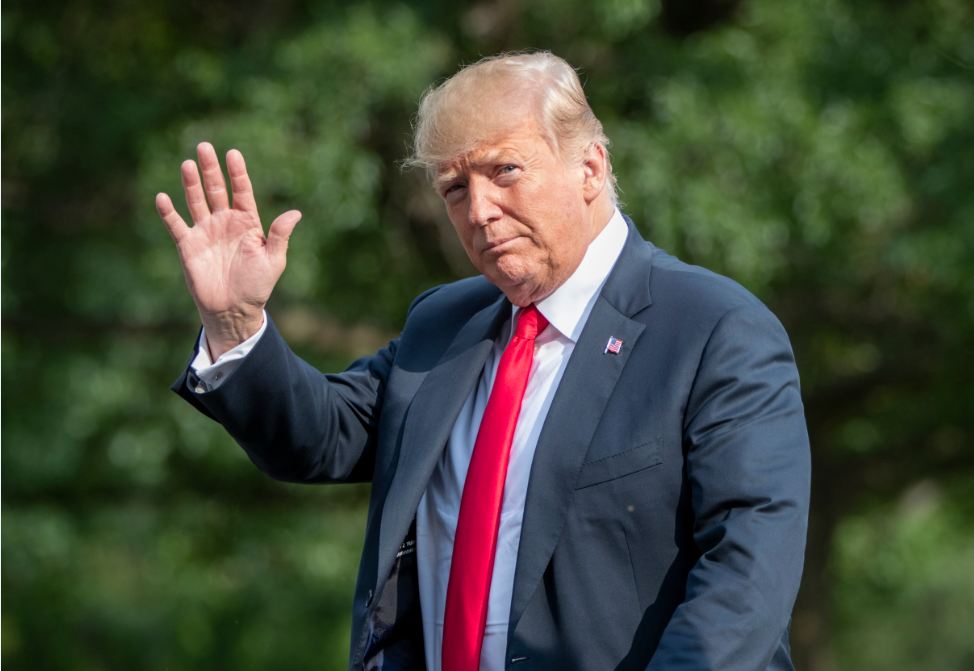 Over the weekend, Trump insisted his general counsel isn’t a “RAT” like President Richard Nixon’s and accused Mueller’s team of “looking for trouble.” He contrasted McGahn with John Dean, the White House counsel for Nixon during the Watergate scandal. Dean ultimately cooperated with prosecutors and helped bring down the Nixon presidency in 1974, though he served a prison term for obstruction of justice.

“The failing @nytimes wrote a Fake piece today implying that because White House Councel Don McGahn was giving hours of testimony to the Special Councel, he must be a John Dean type ‘RAT,'” Trump wrote Sunday, misspelling “counsel.”

“But I allowed him and all others to testify – I didn’t have to. I have nothing to hide …” he wrote.

On Monday he called Mueller “disgraced and discredited.”

“Anybody needing that much time when they know there is no Russian Collusion is just someone looking for trouble,” he wrote. “They are enjoying ruining people’s lives and REFUSE to look at the real corruption on the Democrat side – the lies, the firings, the deleted Emails and soooo much more!”

Dean, Nixon’s White House counsel and a frequent critic of Trump, tweeted Sunday that he doubts the president has “ANY IDEA what McGahn has told Mueller. Also, Nixon knew I was meeting with prosecutors, b/c I told him. However, he didn’t think I would tell them the truth!”

Trump’s original legal team had encouraged McGahn and other White House officials to cooperate with Mueller, and McGahn spent hours in interviews.

Trump’s personal attorney, Rudy Giuliani, said in an appearance on NBC’s “Meet the Press” that Trump didn’t raise executive privilege or attorney-client privilege during those interviews because his team believed — he says now, wrongly — that fully participating would be the fastest way to bring the investigation to a close.

“The president encouraged him to testify, is happy that he did, is quite secure that there is nothing in the testimony that will hurt the president,” Giuliani said.

McGahn’s attorney William Burck added in a statement: “President Trump, through counsel, declined to assert any privilege over Mr. McGahn’s testimony, so Mr. McGahn answered the Special Counsel team’s questions fulsomely and honestly, as any person interviewed by federal investigators must.”

Giuliani, in his interview, also acknowledged that the reason for the June 2016 Trump Tower meeting between Trump campaign aides and a Russian lawyer, arranged by Trump’s son Donald Trump Jr., was that they had been promised dirt on Trump’s 2016 Democratic rival, Hillary Clinton.

“The meeting was originally for the purpose of getting information about Clinton,” he said, adding that the Trump team didn’t know that Natalia Veselnitskaya was Russian — even though emails later released by Trump Jr. show that she had been described as a “Russian government attorney.”

Giuliani also tried to make the case that having Trump sit down for an interview with Mueller’s team wouldn’t accomplish much because of the he-said-she-said nature of witnesses’ recollections.

“It’s somebody’s version of the truth, not the truth,” he said, telling NBC: “Truth isn’t truth.”

No Collusion and No Obstruction, except by Crooked Hillary and the Democrats. All of the resignations and corruption, yet heavily conflicted Bob Mueller refuses to even look in that direction. What about the Brennan, Comey, McCabe, Strzok lies to Congress, or Crooked’s Emails!

The Failing New York Times wrote a story that made it seem like the White House Councel had TURNED on the President, when in fact it is just the opposite – & the two Fake reporters knew this. This is why the Fake News Media has become the Enemy of the People. So bad for America!

Some members of the media are very Angry at the Fake Story in the New York Times. They actually called to complain and apologize – a big step forward. From the day I announced, the Times has been Fake News, and with their disgusting new Board Member, it will only get worse!

Disgraced and discredited Bob Mueller and his whole group of Angry Democrat Thugs spent over 30 hours with the White House Councel, only with my approval, for purposes of transparency. Anybody needing that much time when they know there is no Russian Collusion is just someone….

Where’s the Collusion? They made up a phony crime called Collusion, and when there was no Collusion they say there was Obstruction (of a phony crime that never existed). If you FIGHT BACK or say anything bad about the Rigged Witch Hunt, they scream Obstruction!

I hope John Brennan, the worst CIA Director in our country’s history, brings a lawsuit. It will then be very easy to get all of his records, texts, emails and documents to show not only the poor job he did, but how he was involved with the Mueller Rigged Witch Hunt. He won’t sue!

Everybody wants to keep their Security Clearance, it’s worth great prestige and big dollars, even board seats, and that is why certain people are coming forward to protect Brennan. It certainly isn’t because of the good job he did! He is a political “hack.”

Will Bruce Ohr, whose family received big money for helping to create the phony, dirty and discredited Dossier, ever be fired from the Jeff Sessions “Justice” Department? A total joke!

“Bruce Ohr is at the center of FALSE ALLEGATIONS which led to a multi-million dollar investigation into what apparently didn’t happen.” Darrell Issa, House Oversight. We can take out the word “apparently.” @FoxNews