WASHINGTON (AP) — President Donald Trump pardoned a woman on Friday who was a featured speaker on the final night of the Republican National Convention and had praised him as a compassionate leader.

Trump pardoned Alice Marie Johnson, who had spent more than two decades serving life without parole for a nonviolent drug offense. She had been convicted in 1996 on eight criminal counts related to a Memphis-based cocaine trafficking operation. Trump commuted her life sentence in 2018 at the urging of celebrity Kim Kardashian West, allowing her early release.

A commutation shortens or eliminates a sentence; the pardon signifies forgiveness and restores certain civil rights.

Johnson had spoken at the convention about the power of redemption and praised Trump. She said during Thursday’s address that what she did was wrong, but that sentences need to be fair and just.

“Truth is, there are thousands of people just like me, who deserve the opportunity to come home,” Johnson told convention viewers.

Trump said at the White House Friday that Johnson had done an “incredible job” since her release, identifying additional prisoners who also could be eligible for early release.

“We’re very proud of Alice and the job you’ve done and what you represent,” Trump said.

Johnson was clearly emotional when Trump handed her the pardon document. She clutched it close, then bowed her head during a prayer.

Trump has sought to highlight criminal justice reform leading up to November’s election as he reaches out to African American voters. He signed into law a bill in 2018 that gave judges more discretion when sentencing some drug offenders and enhanced employment and training opportunities for many federal prisoners.

Johnson said Thursday that she was free “by the grace of God and the compassion of President Donald John Trump.” 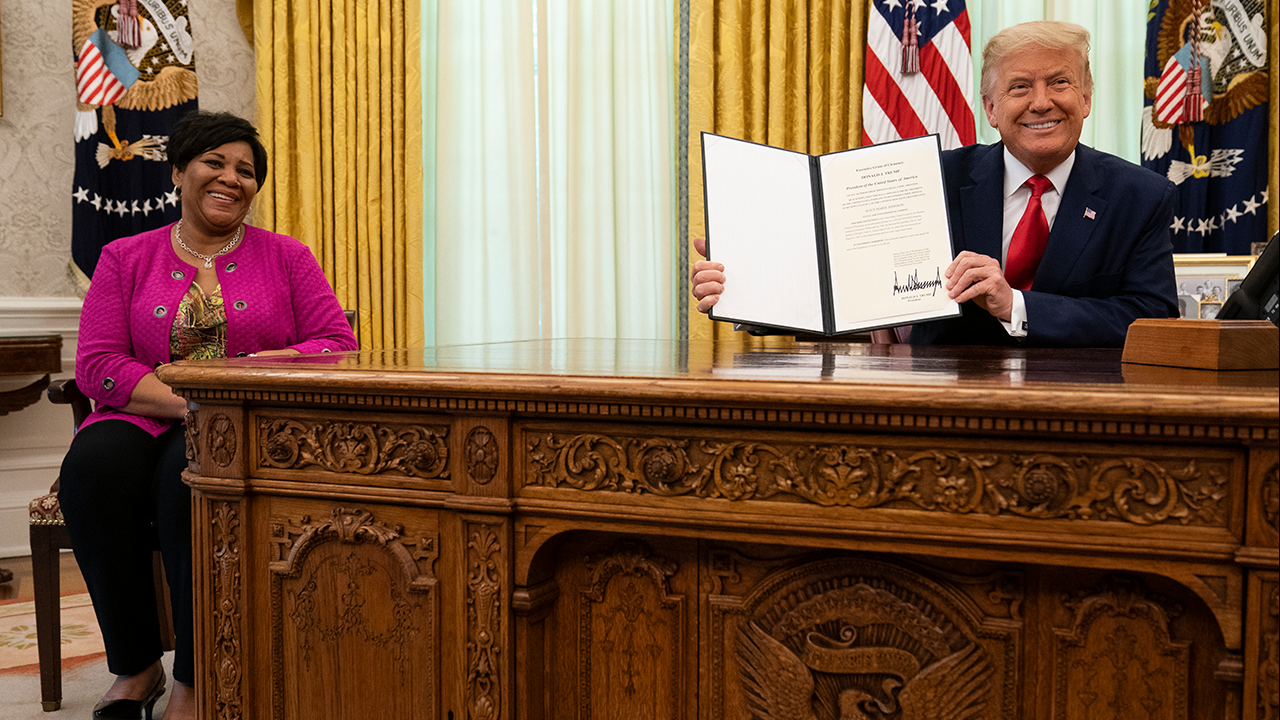 President Donald Trump and Alice Johnson smile after Trump signed a full pardon for a non-violent drug offense, in the Oval Office of the White House, Friday, Aug. 28, 2020, in Washington. (AP Photo/Evan Vucci)