Trump toured a $10 billion export terminal that will liquefy natural gas for storage and shipping. The process involves cooling gas vapor to a liquid state. Sempra Energy announced Tuesday ahead of Trump’s visit that the Louisiana plant has begun producing liquefied natural gas.

“Under my administration we have ended the war on America energy and ended the economic assault on our wonderful energy workers,” Trump said in a wide-ranging speech to workers that emphasized energy efforts but also touched on the 2020 Democratic field, the economy and his 2016 election. 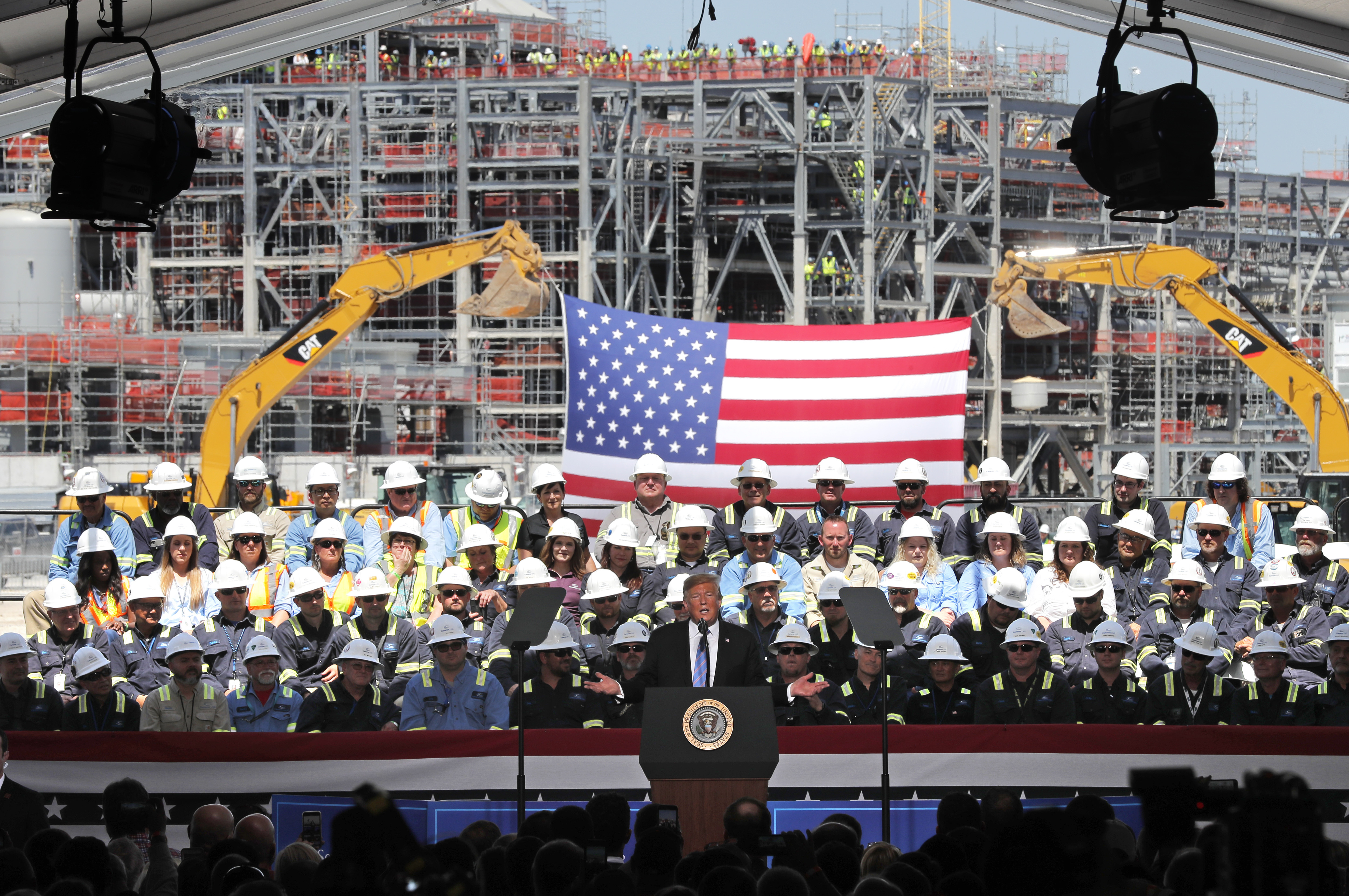 Trump cites an increase in liquefied natural gas exports as boosting jobs and cementing the U.S.’ role as an energy provider for international markets. The administration has also promoted liquefied natural gas from the United States as a way for Europe to reduce its reliance on Russia for energy.

“We should be producing energy at home, not enriching foreign adversaries abroad,” Trump said.

Declaring that production of liquefied natural gas was increasing, Trump said: “What does it really mean? It means jobs, jobs, jobs.” He also criticized the Democrats’ Green New Deal proposal for aggressively cutting carbon emissions, predicting that “under that deal, everybody in this room gets fired.”

The president and congressional leaders are trying to work together on an infrastructure package that would include boosting energy development as well as rebuilding roads, bridges and airports. Trump and Democratic leaders agreed to work toward a $2 trillion package, but it will be difficult for lawmakers and the White House to agree on how to pay for it.

Some Republican lawmakers have described raising taxes to pay for public works improvements as “a nonstarter.” Democrats, meanwhile, will be wary of speeding up environmental reviews to hasten construction.

The nation’s top business groups and labor unions support increasing the federal gasoline tax, currently 18.3 cents a gallon. It was last raised in 1993.

Democrats are waiting for Trump to unveil what he can support, knowing an infrastructure package will go nowhere in a Republican-controlled Senate without his strong backing.

As he spoke about his 2020 prospects, Trump made an infrastructure promise to Louisiana, a state that strongly supported him in 2016.

“If we win this election, we’re giving you a brand new I-10 bridge,” he said. “We’re gonna have it all set, ready to go Day One, right after the election.”

Trump claimed to the crowd: “Bernie’s got a lot of energy. But it’s energy to get rid of your jobs.”

The visit is Trump’s third to Louisiana since he took office. He will also use the trip to address supporters at a fundraiser in Metairie.

Walk to commemorate the 76th Anniversary of D-Day

The Latest: Spain reports no deaths in 1st since March