WASHINGTON (AP) — President Donald Trump announced Friday that Guatemala is signing an agreement to restrict asylum applications to the U.S. from Central America.

The so-called “safe third country” agreement would require migrants, including Salvadorans and Hondurans, who cross into Guatemala on their way to the U.S. to apply for protections in Guatemala instead of at the U.S. border. It could potentially ease the crush of migrants overwhelming the U.S. immigration system and hand Trump a concession he could herald as a win as he struggles to live up to his campaign promises on immigration.

“This is a very big day,” Trump said. “We have long been working with Guatemala and now we can do it the right way.”

He claimed, “This landmark agreement will put the coyotes and smugglers out of business.” 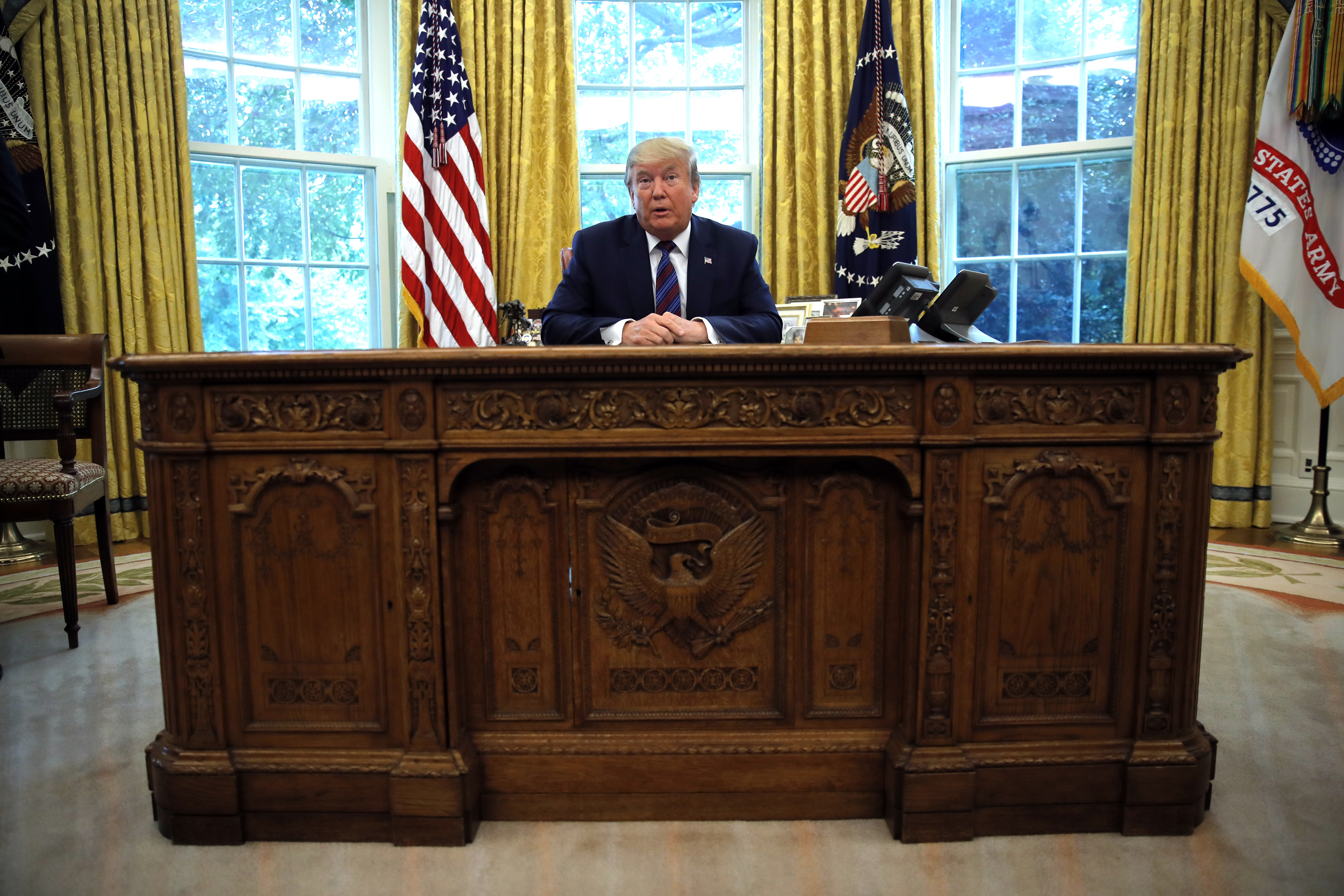 President Donald Trump speaks to the media in the Oval Office of the White House in Washington, Friday, July 26, 2019. (AP Photo/Carolyn Kaster)

The announcement comes after a court in California blocked Trump’s most restrictive asylum effort to date, one that would effectively end protections at the southern border.

The two countries had been negotiating such an agreement for months, and Trump threatened Wednesday to place tariffs or other consequences on Guatemala if it didn’t reach a deal.

“We’ll either do tariffs or we’ll do something. We’re looking at something very severe with respect to Guatemala,” Trump had said.

Trump added Friday that the agreement would protect “the rights of those with legitimate claims,” end “abuse” of the asylum system and curtail the crisis on the U.S. southern border.

He said that as part of the agreement, the U.S. would increase access to the H-2A visa program for temporary agricultural workers from Guatemala.

It’s not clear how the agreement will take effect. Guatemala’s Constitutional Court has granted three injunctions preventing its government from entering into a deal without approval of the country’s congress.

Guatemala’s government put out a six-paragraph, Spanish-language statement Friday on Twitter. It does not call the agreement “third safe country” but “Cooperation Agreement for the Assessment of Protection Requests.”

The Guatemalan government said that in coming days its Labor Ministry “will start issuing work visas in the agriculture industry, which will allow Guatemalans to travel legally to the United States, to avoid being victims of criminal organizations, to work temporarily and then return to Guatemala, which will strength family unity.”

Advocacy groups condemned the move Friday, with Amnesty International saying “any attempts to force families and individuals fleeing their home countries to seek safety in Guatemala are outrageous.”

“The Trump administration must abandon this cruel and illegal plan to shut doors to families and individuals trying to rebuild their lives in safety,” said Charanya Krishnaswami, the group’s advocacy director for the Americas.

Trump was asked if he expected to reach similar agreements with Honduras and El Salvador. He replied, “I do indeed.”