Trump was greeted by Republican Gov. Ron DeSantis and local elected officials as he arrived at Tyndall Air Force Base, which was severely affected by the Category 5 hurricane. Almost every building appeared damaged in some way, including a collapsed hangar. 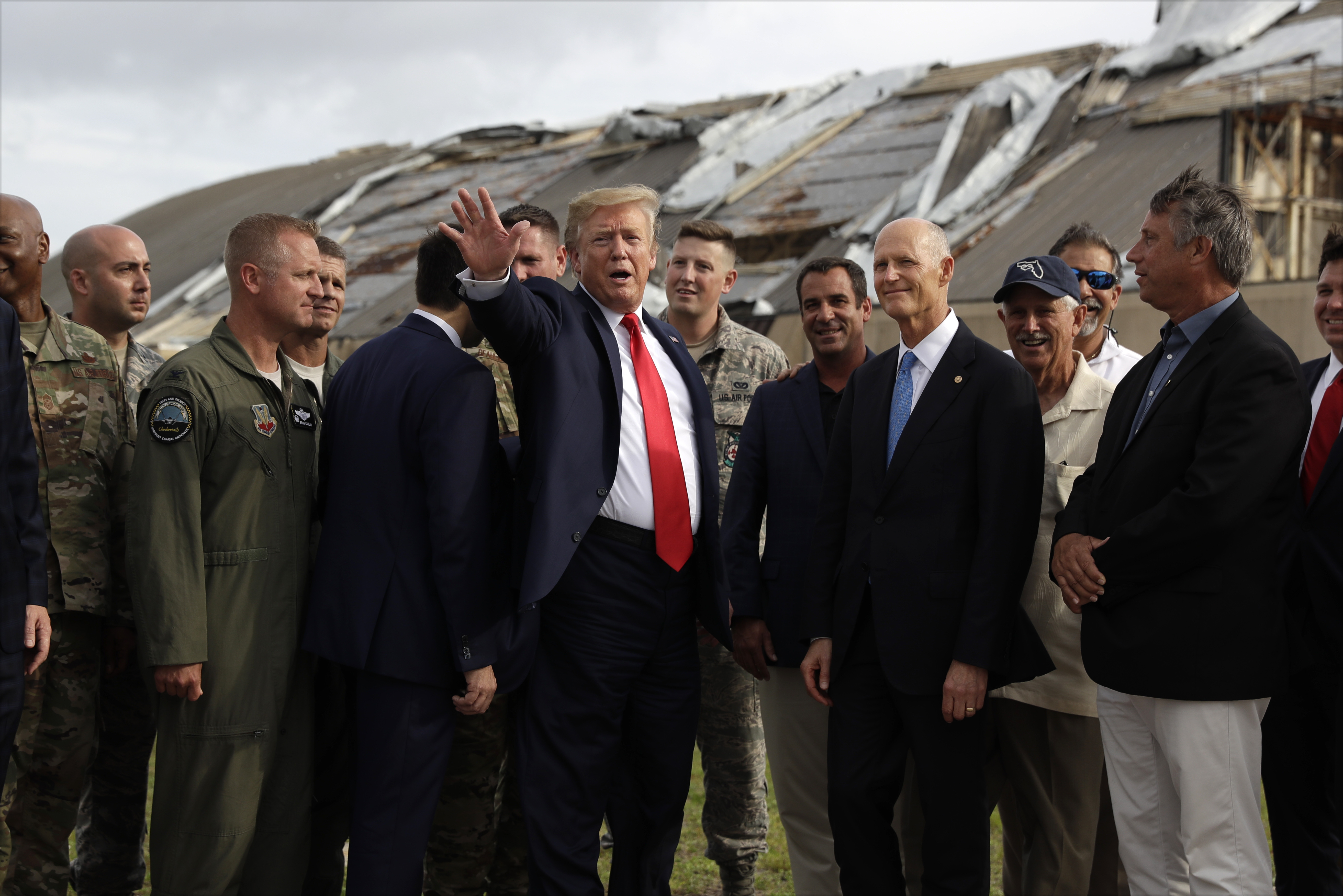 The White House said almost all 700 structures on the base were damaged, roughly one-third were destroyed, and 11,000 base personnel were evacuated. The White House blamed “Democrat obstruction” for a stoppage in recovery work, with about 120 projects being deferred.

Trump’s opposition to more hurricane aid for Puerto Rico has sparked a standoff with congressional Democrats that is blocking assistance to the island and elsewhere, including the Florida Panhandle.

After touring the base, Trump promised officials that it will be rebuilt “better than ever.” Then he went to nearby Panama City Beach, where he will hold a re-election rally.

The area has received about $1.1 billion in federal disaster aid through mid-April, but disagreements in Washington have left many still struggling to recover from the storm.

The campaign rally comes as Trump and congressional Democrats are locked in a bitter fight over constitutional powers related to special counsel Robert Mueller’s report and probes into the president’s tax returns.

Can It Be Generation a Man or Woman or a Employer?

Two arrested in Santee on suspicion of pointing gun at protesters