Trump to propose ban on flavorings used in e-cigarettes

WASHINGTON (AP) — President Donald Trump says his administration will propose banning thousands of flavors used in e-cigarettes amid an outbreak of breathing problems tied to vaping.

State and federal health authorities are investigating hundreds of breathing illnesses reported in people who have used e-cigarettes and other vaping devices.

No single device, ingredient or additive has been identified.

Health and Human Services Secretary Alex Azar says the Food and Drug Administration will develop guidelines to remove all e-cigarette flavors from the market, especially those favored by children.

The FDA regulates e-cigarettes and has authority to ban vaping flavors, but has resisted calls to take that step.

Instead, the agency has said it is studying the role of flavors in vaping products, including whether they help adult smokers quit traditional cigarettes. 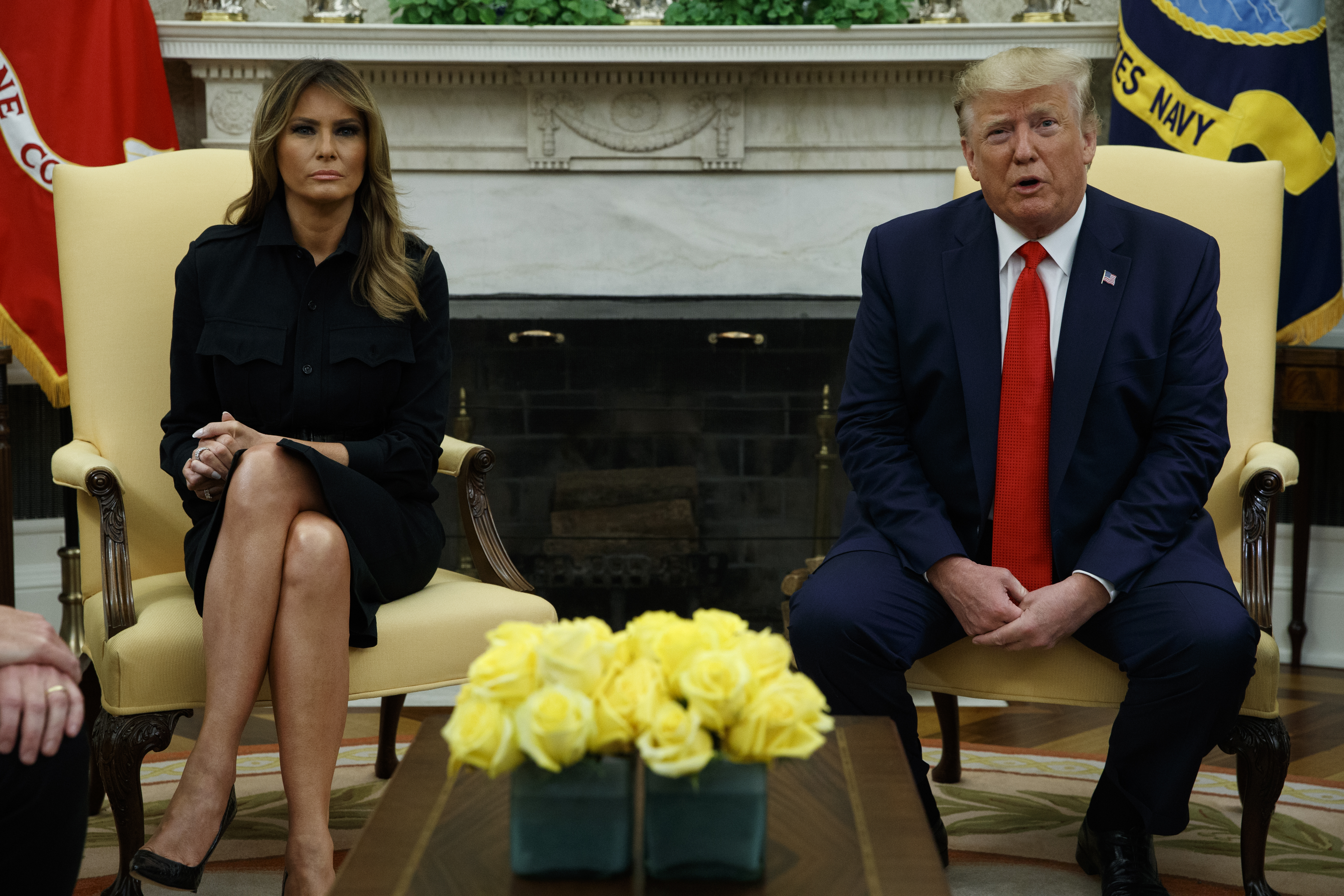 First Lady Melania Trump listens as President Donald Trump talks about a plan to ban most flavored e-cigarettes, in the Oval Office of the White House, Wednesday, Sept. 11, 2019, in Washington. (AP Photo/Evan Vucci)

I am deeply concerned about the growing epidemic of e-cigarette use in our children. We need to do all we can to protect the public from tobacco-related disease and death, and prevent e-cigarettes from becoming an on-ramp to nicotine addiction for a generation of youth. @HHSGov