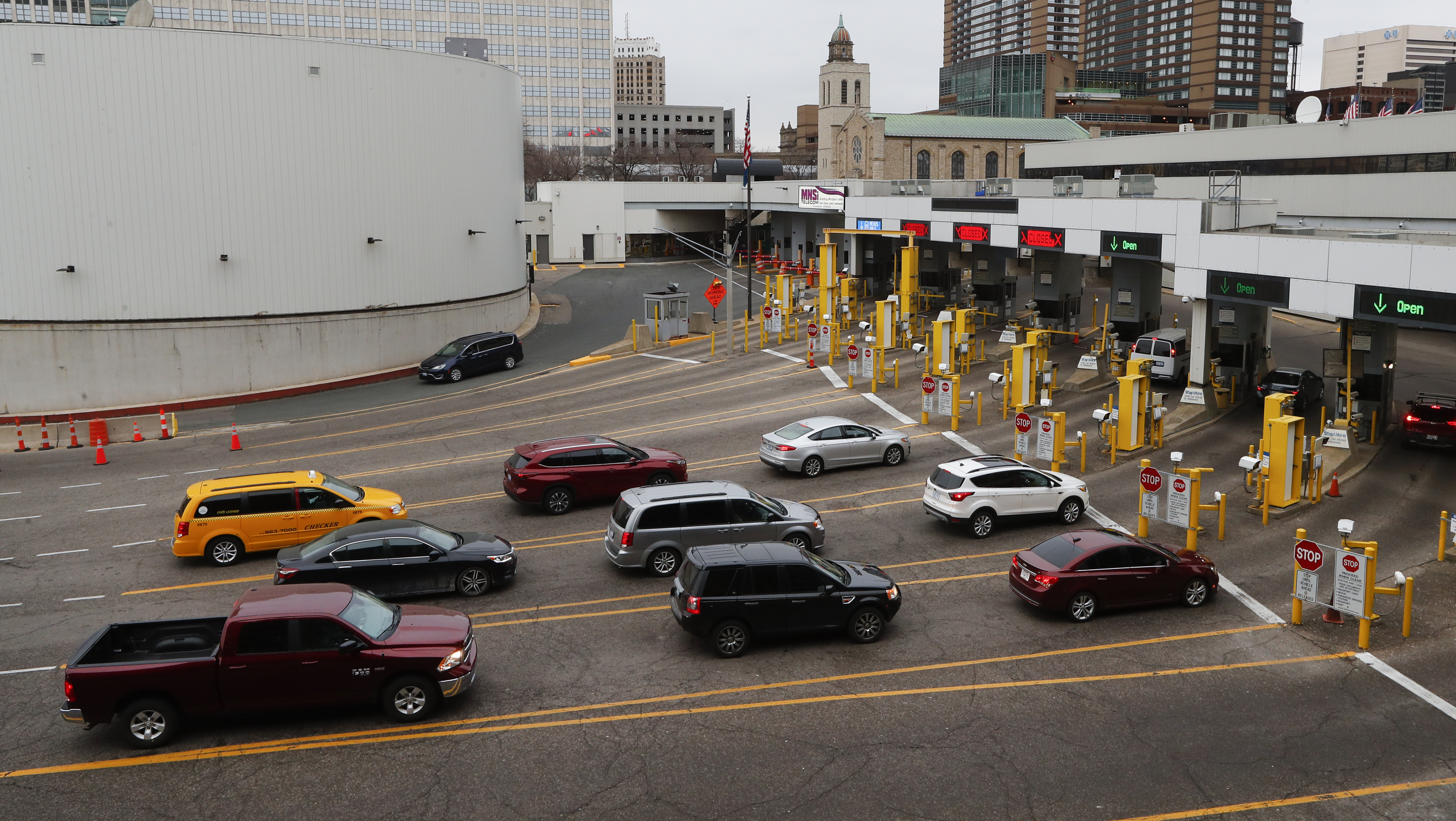 Vehicles enter the United States as a minivan drives to Canada in the Detroit-Windsor Tunnel in Detroit, Monday, March 16, 2020. Canadian Prime Minister Justin Trudeau says he is closing his country’s borders to anyone not a citizen, an American or a permanent resident amid the coronavirus outbreak. (AP Photo/Paul Sancya)

WASHINGTON (AP) —The U.S. and Canada have agreed to temporarily close their shared border to nonessential travel, President Donald Trump announced Wednesday as the two nations work to stem the spread of the coronavirus pandemic.

Trump made the announcement on Twitter, saying the decision would not affect the flow of trade between the countries.

“We will be, by mutual consent, temporarily closing our Northern Border with Canada to non-essential traffic,” Trump tweeted.

We will be, by mutual consent, temporarily closing our Northern Border with Canada to non-essential traffic. Trade will not be affected. Details to follow!

Both countries are eager to choke off the spread of the virus but also eager to continue their critical economic relationship. Canada relies on the U.S. for 75% of its exports.

Truck drivers and Canadian snowbirds, who live in the U.S. for part of the year and are returning to Canada, are among those expected to get an exemption. Completely closing the border would cause severe economic damage to both the U.S. and Canada as the two economies are integrated. Much of Canada’s food supply comes from or via the U.S., and and 98% of its oil exports go to the U.S.

About 18% of American exports go to Canada.

Canadian Prime Minister Justin Trudeau said Monday he would close the country’s borders to anyone not a citizen, an American or a permanent resident — and even they have to self-isolate for 14 days on arrival — due to the coronavirus pandemic.

Trudeau said the exemption for Americans, despite the rapid rise of cases in the U.S., was due to “the level of integration of our two economies.”