Twitter says Jones won’t be able to create new accounts on Twitter or take over any existing ones. Twitter says Jones posted a video on Wednesday that is in violation of the company’s policy against “abusive behavior.” The video in question shows Jones shouting at and berating CNN journalist Oliver Darcy for some 10 minutes during congressional hearings about social media. 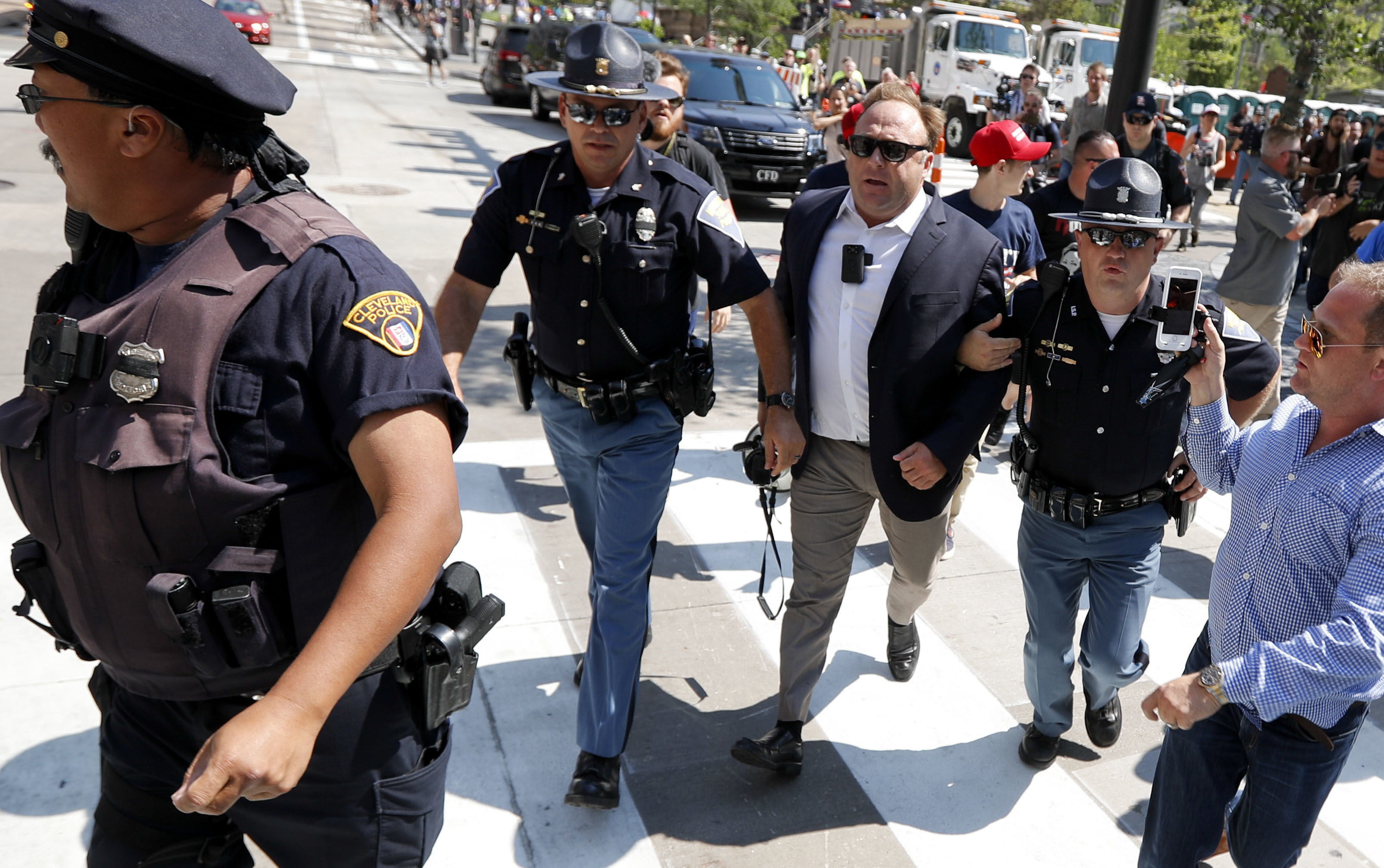 In this Tuesday, July 19, 2016 file photo, Alex Jones, center right, is escorted by police out of a crowd of protesters outside the Republican convention in Cleveland. Facebook says it has taken down four pages belonging to conspiracy theorist Alex Jones for violating its hate speech and bullying policies. The social media giant said in a statement Monday, Aug. 6, 2018 that it also blocked Jones’ account for 30 days because he repeatedly posted content that broke its rules. (AP Photo/John Minchillo, File)

Twitter had previously suspended Jones for a week. But until now it had resisted muzzling Jones further. Other tech companies have limited Jones by suspending him for longer periods, as Facebook did, and by taking down his pages and radio stations.