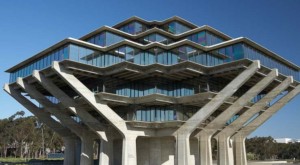 Along with a top 10 spot, UC San Diego was ranked 13th among best colleges for veterans, and 34th in the complete list of more than 300 private and public universities nationwide.

“UC San Diego is an academic powerhouse, consistently recognized as a leading institution by organizations such as U.S. News & World Report,” said UC San Diego Chancellor Pradeep K. Khosla. “These rankings reflect UC San Diego’s commitment to academic excellence, the efforts of our skilled faculty, and the continued success of our students.”

The university’s Jacobs School of Engineering also boasted a 19th place ranking among engineering schools that offer doctorates and 11th among public schools.

“We are an extraordinary transnational community of inspirational teachers, phenomenal researchers and engaged citizens, and our rankings continue to reflect that,” said SDSU Provost Salvador Hector Ochoa.

The school’s undergraduate business program was also ranked 74th, up seven positions from the previous year.

Among all public and private schools, SDSU was placed at No. 148.