SAN DIEGO (KUSI) – The City and County of San Diego have answered the call of the federal government to support unaccompanied children seeking asylum by making the San Diego Convention Center available for the U.S. Department of Health and Human Services (HHS) to use as a temporary shelter.

“When HHS Secretary Xavier Becerra requested our help to house some of the unaccompanied minors at the border, we knew it was the right thing to do. Over the weekend, we agreed to open our Convention Center to the federal government for use as a temporary shelter. The City and County will support this federally funded effort by providing vital services to these vulnerable children who came to our country seeking safety. We are working closely with our federal partners to finalize the details for preparing to receive these young people and provide them with care, compassion and a safe space to transition while they are reunited with families or sponsors.”

The exact date for when the convention center will become the temporary shelter is being finalized.

According to HHS plans, the site will be used for approximately three months with the average stay for each child from 30 to 35 days. Plans are to provide the children food, medical care, a place to sleep and showers, as well as a recreation area.

The announcement from Mayor Gloria and County Supervisor Nathan Fletcher comes as the southern border continues to see a surge in migrants resulting from the Biden Administration reversing many of Trump’s immigration policies.

Throughout the pandemic, the City of San Diego has been using the Convention Center as a shelter for the homeless. But earlier this month, the city began removing the homeless from the facility, there’s a few hundred still remaining.

It cost San Diego over $6,000 per homeless person, per month, to shelter them at the San Diego Convention Center for the last few months amid the coronavirus pandemic.

KUSI’s Dan Plante was live outside the San Diego Convention Center with Immigration Attorney Esther Valdes Clayton, who said it is “astounding” that Mayor Gloria offered this facility to be used in this way.

Valdes Clayton said the decision came as a surprise to San Diego’s Downtown community, and Mayor Gloria also needs “to show compassion to San Diego’s downtown residents.” She added that San Diego is now “ground zero” for the immigration crisis. 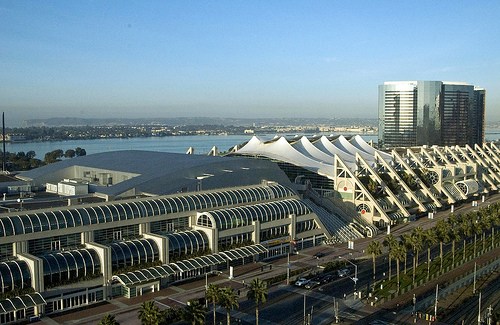