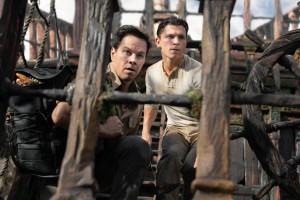 The adventure film — based on a video game and starring Tom Holland of “Spider-Man” fame and Mark Wahlberg — beat out another movie making its debut, “Dog.” That film, starring and co-directed by Channing Tatum, is about a war veteran and the Belgian Shepherd who helps him adjust after a traumatic brain injury. It grossed $18 million this weekend, Comscore reported.

“Spider-Man: No Way Home,” also starring Holland, continued its historic run, raking in another $9 million for third place and bringing its 10- week domestic total to over $771.9 million, third all-time.

Last weekend’s top-grossing film, “Death on the Nile,” was fourth with $7.5 million in its second week in theaters.

“Jackass Forever” was fifth with $6.2 million in its third week.