US gets 1st case of mysterious new Chinese illness 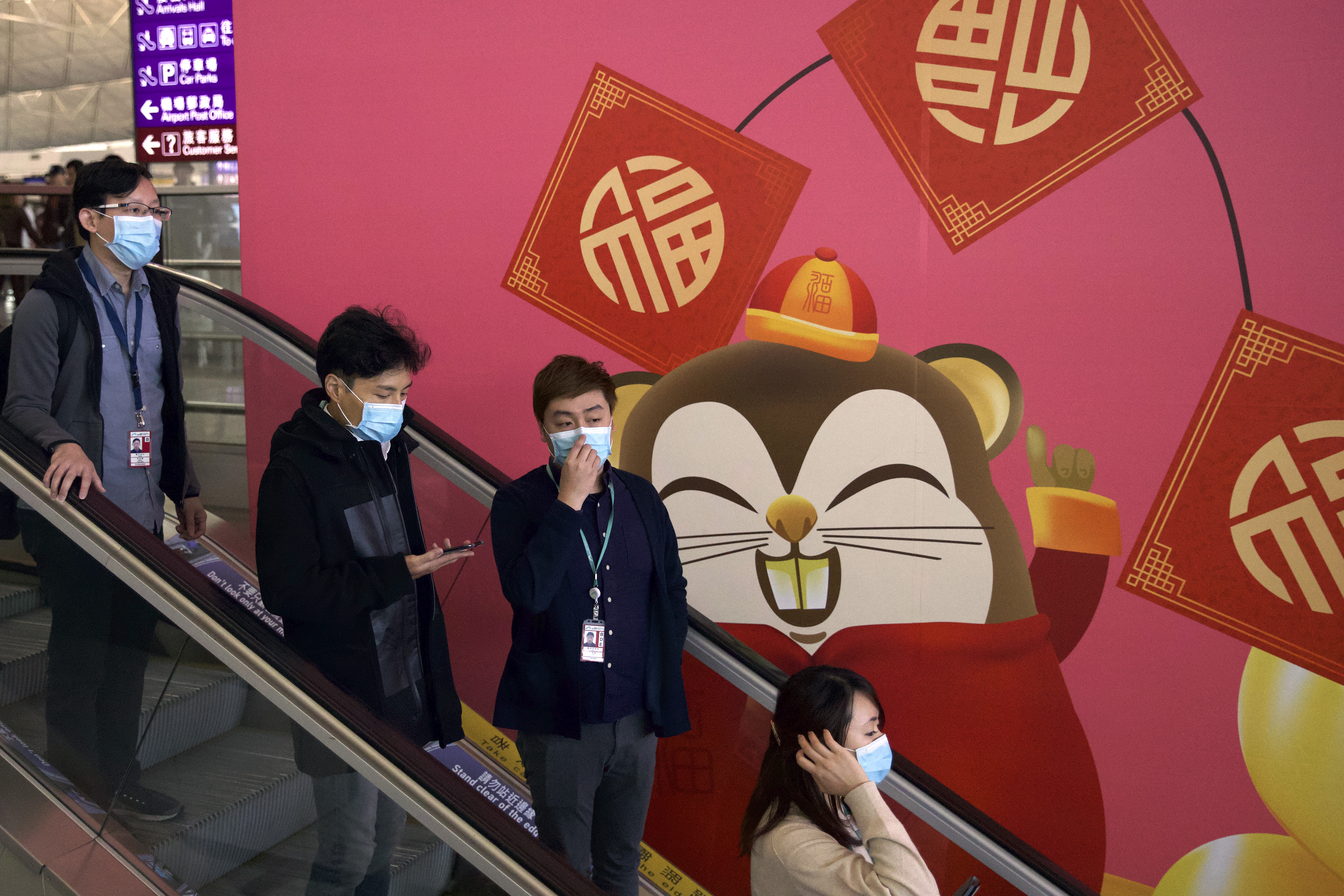 People wear face masks as they ride an escalator at the Hong Kong International Airport in Hong Kong, Tuesday, Jan. 21, 2020. Face masks sold out and temperature checks at airports and train stations became the new norm as China strove Tuesday to control the outbreak of a new coronavirus that has reached four other countries and territories and threatens to spread further during the Lunar New Year travel rush. (AP Photo/Ng Han Guan)

SEATTLE (AP) — A U.S. resident who recently returned from an overseas trip has been diagnosed with the new virus that has sparked an outbreak in China and stringent monitoring around the world, U.S. health officials said Tuesday.

The man returned to the Seattle area in the middle of last week after traveling to Wuhan in central China, where the outbreak began. The Snohomish County resident is in his 30s and was in good condition Tuesday at a hospital in Everett, outside Seattle. He’s not considered a threat to medical staff or the public, health officials said.

The U.S. is the fifth country to report seeing the illness, following China, Thailand, Japan, and South Korea.

What’s more, officials will begin forcing all passengers that originate in Wuhan to go to one of those five airports if they wish to enter the U.S.

Officials around the world have implemented similar airport screenings in hopes of containing the virus during the busy Lunar New Year travel season.

The U.S. resident had no symptoms when he arrived at the Seattle-Tacoma airport last Wednesday, but he contacted doctors on Sunday when he started feeling ill, officials said.

Last month, doctors began seeing a new type of viral pneumonia — fever, cough, difficulty breathing — in people who spent time at a food market in Wuhan. More than 275 cases of the newly identified coronavirus have been confirmed in China, most of them in Wuhan, according to the World Health Organization.

The count includes six deaths — all in China, most of them age 60 or older, including at least some who had a previous medical condition.

Officials have said it probably spread from animals to people, but this week Chinese officials said they’ve concluded it also can spread from person to person.

Health authorities this month identified the germ behind the outbreak as a new type of coronavirus. Coronaviruses are a large family of viruses, some of which cause the common cold; others found in bats, camels and other animals have evolved into more severe illnesses.

SARS, or severe acute respiratory syndrome, belongs to the coronavirus family, but Chinese state media say the illness in Wuhan is different from coronaviruses that have been identified in the past. Earlier laboratory tests ruled out SARS and MERS — Middle East respiratory syndrome — as well as influenza, bird flu, adenovirus and other common lung-infecting germs.

The new virus so far does not appear to be as deadly as SARS and MERS, but viruses can sometimes mutate to become more dangerous.

University of Washington coronavirus researcher David Veesler said the public “should not be panicking right now.”

The response has been “very efficient,” Veesler said. “In a couple of weeks, China was able to identify the virus, isolate it, sequence it and share that information.”

Veesler added: “We don’t have enough data to judge how severe the disease is.”