Vice President Mike Pence to deliver remarks on the US Coast Guard Drug Interdiction in Coronado.

Pence stopped at the U.S. Naval Amphibious Base Coronado and Naval Air Station North Island. At North Island, he hailed the nation’s latest efforts to halt the scourge of drug trafficking.

The Vice President highlighted the efforts of the Coast Guard cutter Munro which was one of three national security cutters that recently seized 39,000 pounds of cocaine and 933 pounds of marijuana from international waters in the Eastern Pacific. The drugs were offloaded by the crew of the Munro, which has just completed its first mission.

In addition to expressing his gratitude, Pence told the service members that President Trump will always support them.

The Vice President also spoke about his plans to visit an immigrant detention center in McAllen, Texas on Friday.

He will be taking a look at conditions at the center with members of the Senate Judiciary Committee. Pence said the arrival of thousands of people at the southern border has overwhelmed Customs and Border Protection, but CBP is treating the migrant families “with compassion.”

Vice President Mike Pence and Second Lady Karen Pence also met with and spoke to Rabbi Goldstein at the Chabad of Poway.

Before heading to Texas, Pence attended a campaign fundraiser in Rancho Santa Fe. The dinner to benefit the re-election campaign of President Trump was held at a private residence. Guests reportedly paid between $1,000 and $35,000 a person. 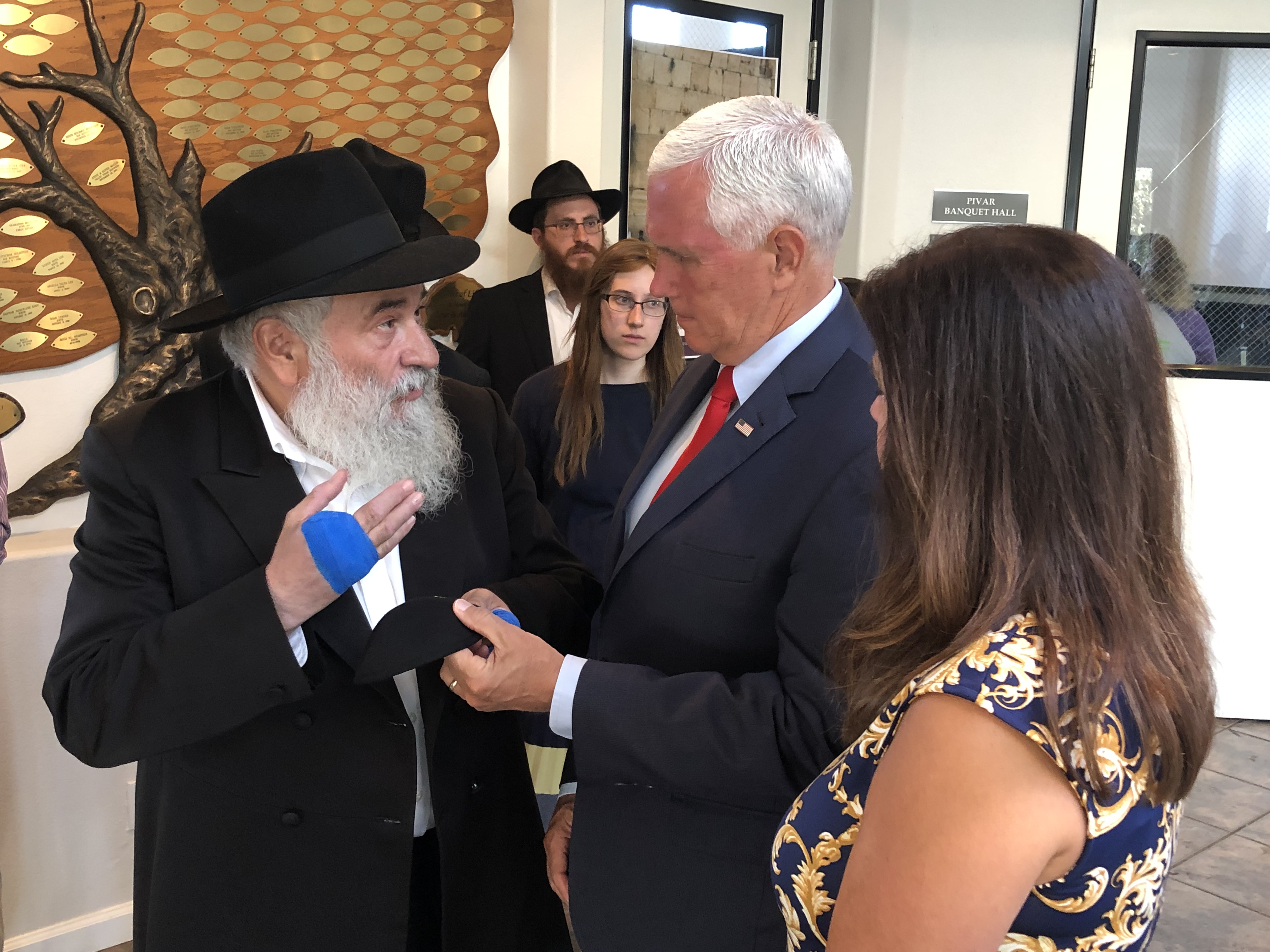 During his trip to San Diego, @VP Mike Pence stopped at the Chabad of Poway and met with Rabbi Goldstein.