Name not familiar? What about Pinky from “Pinky and the Brain”? Yakko from “Animaniacs”? A martial-arts expert turtle named Raphael? That’s Rob Paulsen, one of Hollywood’s busiest, most talented, and most passionate performers who specializes in the art of voice acting, a career that has earned him a Daytime Emmy, three Annie Awards, and a Peabody.

Not only that, but his own story over the past two years has provided him with new inspiration: after a startling diagnosis of throat cancer, followed by an aggressive treatment and recovery regimen, Paulsen is cancer-free and back doing what he loves, with a deep appreciation of what he almost lost.

His recovery is marked by some remarkable news regarding his most beloved projects. In addition to continuing to create, host, and produce the podcast “Talkin’ Toons” – now available on video as well via Nerdist.com. – Rob is back on the road with the “Animaniacs in Concert!” a raucous celebration of animation, music, and comedy where the show’s best-loved songs (by composer and fellow “Animaniacs in Concert!” performer Randy Rogel) are performed alongside the cartoons in concert and symphony halls across the country. The latest tour will kick off this October in New York City. 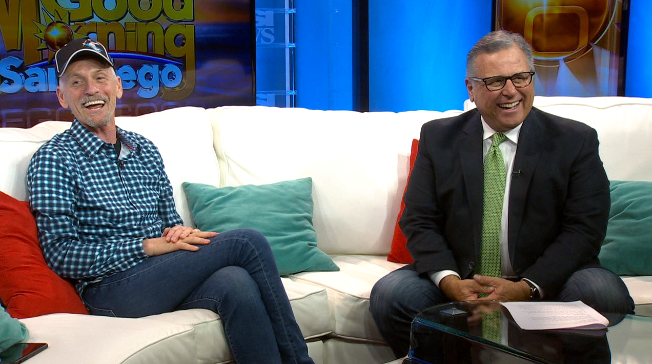 With his new lease on life giving him an even deeper perspective on the meaning of his work, Paulsen has rededicated himself to bringing joy and happiness to his fans, particularly the ones who inspired him along the way. Having made hundreds of friends among sick children and their families over the course of his career, their stories provided him with great hope and determination during his recent health scare, and he already finding more ways to give back.

Paulsen was in studio to tell us all about his upcoming appearance at Comic-Con.