The ruling Thursday makes Washington the latest state to do away with capital punishment. The court was unanimous in its order that the eight people currently on death row have their sentences converted to life in prison. Five justices said the “death penalty is invalid because it is imposed in an arbitrary and racially biased manner.”

“Given the manner in which it is imposed, the death penalty also fails to serve any legitimate penological goals,” the justices wrote. 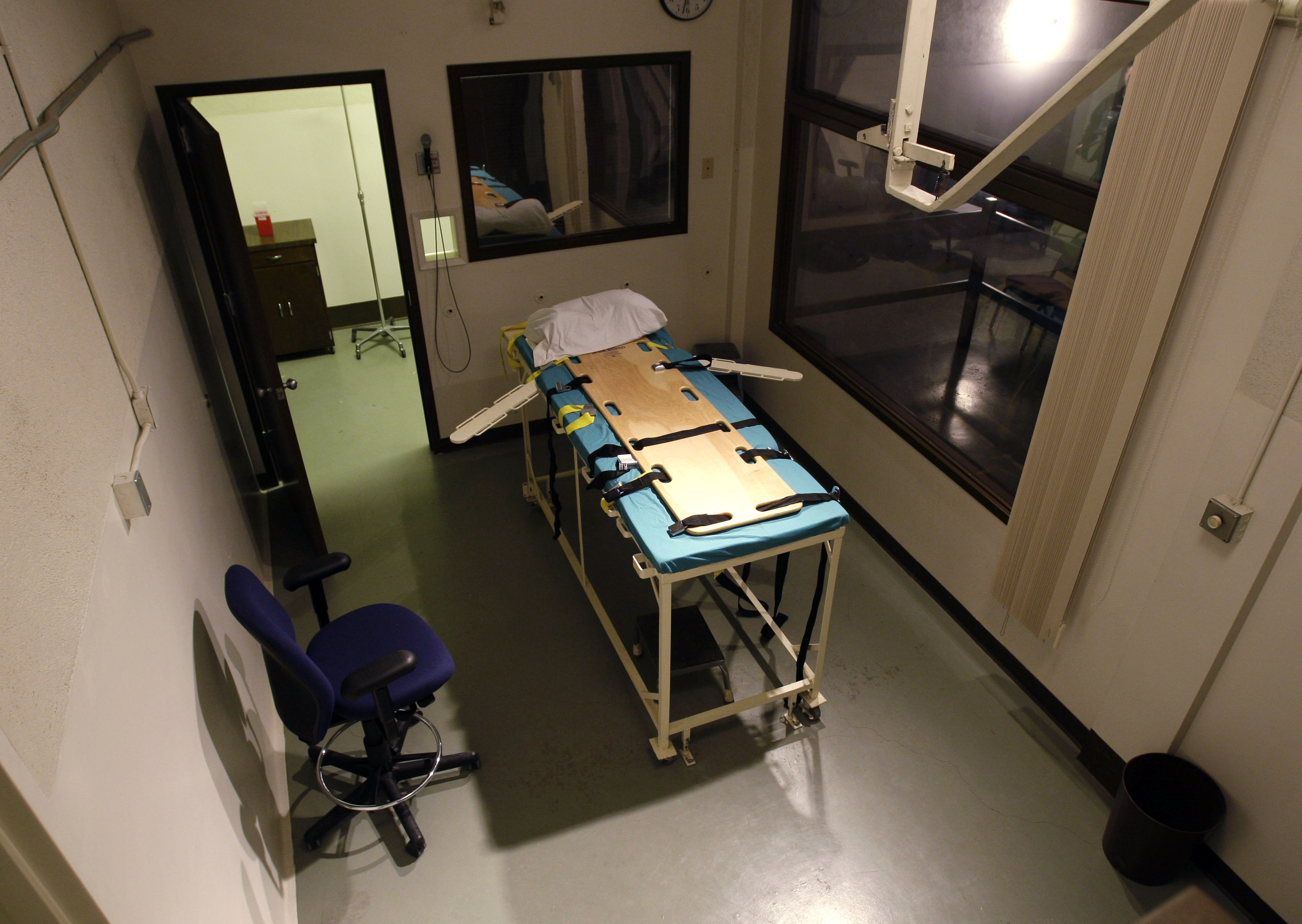 FILE – In this Nov. 20, 2008, file photo, the execution chamber at the Washington State Penitentiary is shown with the witness gallery behind glass at right, in Walla Walla, Wash. Washington state’s Supreme Court has ruled that the death penalty violates its Constitution. The ruling Thursday, Oct. 11, 2018, makes Washington the latest state to do away with capital punishment. They ordered that people currently on death row have their sentences converted to life in prison. (AP Photo/Ted S. Warren, File)

Four other justices, in a concurrence, wrote that while they agreed with the majority’s conclusions and invalidation of the death penalty, “additional state constitutional principles compel this result.”

Gov. Jay Inslee, a one-time supporter of capital punishment, had imposed a moratorium on the death penalty in 2014, saying that no executions would take place while he’s in office.

In a written statement, Inslee called the ruling “a hugely important moment in our pursuit for equal and fair application of justice.”

“The court makes it perfectly clear that capital punishment in our state has been imposed in an ‘arbitrary and racially biased manner,’ is ‘unequally applied’ and serves no criminal justice goal,” Inslee wrote.

The ruling was in the case of Allen Eugene Gregory, who was convicted of raping, robbing and killing Geneine Harshfield, a 43-year-old woman, in 1996.

His lawyers said the death penalty is arbitrarily applied and that it is not applied proportionally, as the state Constitution requires.

In its ruling Thursday, the high court did not reconsider any of Gregory’s arguments pertaining to guilty, noting that his conviction for aggravated first degree murder “has already been appealed and affirmed by this court.”

Western wildfires calm down in cool weather, but losses grow