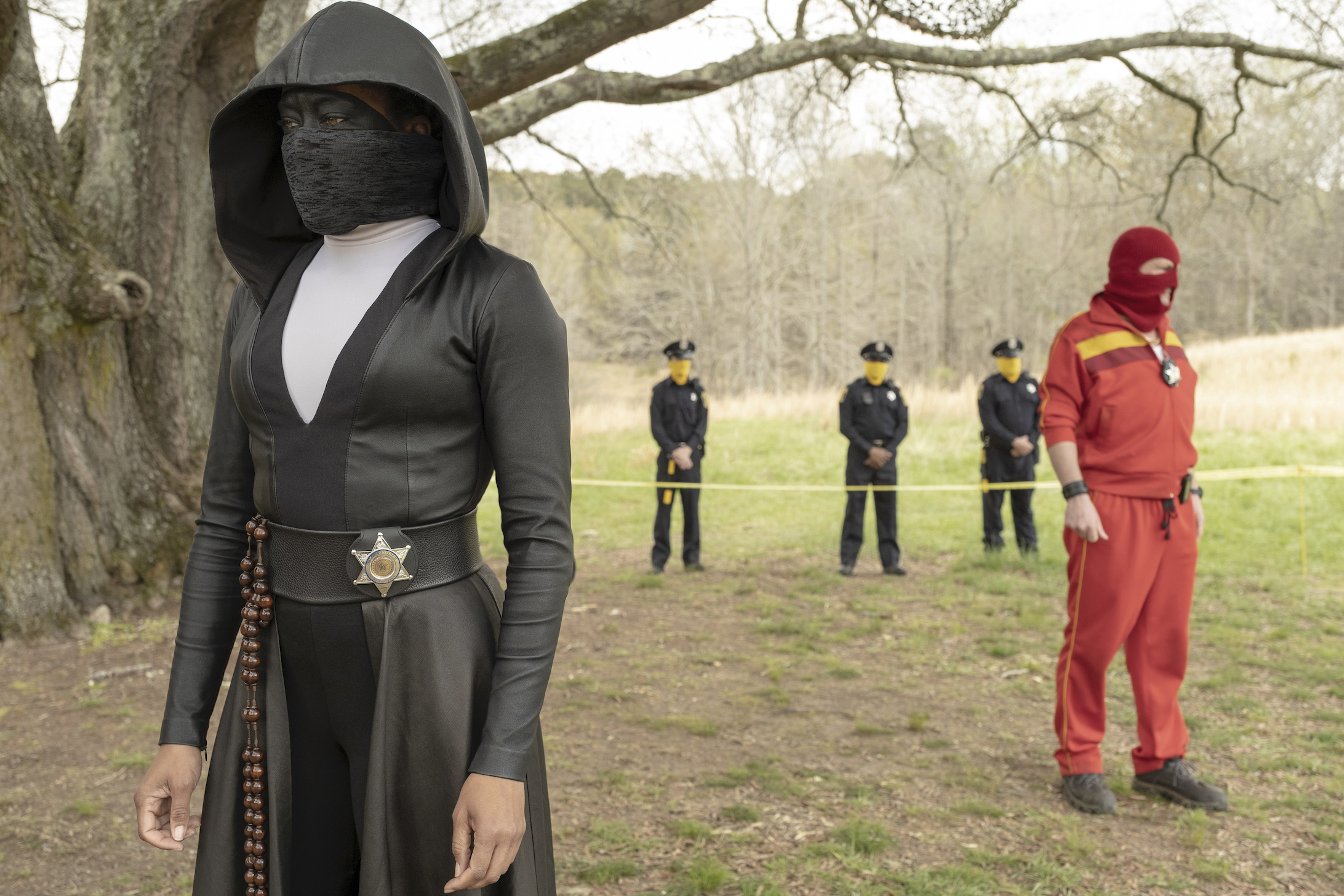 The HBO series, which captured America’s deep unease as it faces racial and political clashes amid a pandemic, was nominated as best limited series and received bids for cast members including Regina King and Jeremy Irons.

King was part of a vanguard of actors of color indicating that TV academy voters took heed of the social climate.

“Zendaya!” exclaimed Emmy announcement host Leslie Jones, her gleeful reaction to the “Euphoria” star’s nomination as best actress in a drama. “This is a great day,” Jones said.

She was part of a socially distanced, virtual release of nominees that was online, not on television as is usual. But nothing is usual during a coronavirus era that has brought Hollywood production to a virtual standstill and is making the Emmys and other awards grasp for alternatives.

The strong showing by Netflix’s “Ozark” helped the streaming service achieve a record-setting 160 nominations that bested onetime perennial leader HBO, which earned 107 nods. Netflix, although the Emmy veteran among streamers, has yet to win a best comedy or drama series trophy.

The Amazon comedy “The Marvelous Mrs. Maisel” is the second most-nominated series with 20, followed by Netflix’s “Ozark” with 18.

“This year, we are also bearing witness to one of the greatest fights for social justice in history. And it is our duty to use this medium for change,” Frank Scherma, chairman and CEO of the Television Academy said at the outset of the presentation.

Kerry Washington’s four nominations covered a wide range, including lead actress for “Little Fires Everywhere” and for her production company’s work on the limited series and other programs.

Washington said she was most emotional about the posthumous nomination for “Little Fires Everywhere” director Lynn Shelton, who died from a blood disorder in May.

“For the academy to acknowledge her in her passing, deservedly so, it’s really moving. We’re at a moment where we so desperately need the voices of storytellers from marginalized communities: women directors, people of color,” Washington said.

Diversity was especially notable in the comedy categories after being nearly absent last year.

“Ramy,” which finds nuanced humor in a young Muslim American’s crisis of identity and faith, earned a best actor bid for its star and co-creator, Ramy Youssef. Issa Rae returned to the best comedy actress category for her series “Insecure,” which earned a best comedy bid.

“Schitt’s Creek,” the quirky little show that went without Emmy recognition until last year, received 15 nominations for its final season, including for best comedy series and lead acting nods for Eugene Levy and Catherine O’Hara.

“You just don’t expect it. You cant expect it, so what a great surprise,” said O’Hara, who spoke from Canada, where she and her family are living lakeside. She credited TV for its role during the pandemic.

“I think all the streaming and broadcasting that we have watched in these last months has brought a lot of much needed laughter, a chance to cry — about something other than the reality — and a distraction,” she said. “Also, it’s given some optimism to people and some hope.”

“The Good Place,” which also came to an end, earned a best comedy bid and, for Ted Danson, a best comedy actor nomination. Danson was a two-time Emmy winner in the 1990s for “Cheers.”

The farewell was less fond for other shows that wrapped last season, with no major bids for “Modern Family,” “Homeland” or “Silicon Valley.”

But the late Fred Willard received a nomination for his “Modern Family” guest appearance, his fifth prime-time Emmy nod during his long and admired career.

The eight nods for “Unorthodox,” a limited series about a dissatisfied Orthodox Jewish woman, may reflect the virus-quarantine downtime that drew Emmy voters to shows they might otherwise overlooked, said Daniel Fienberg, chief TV critic for The Hollywood Reporter.

A far different pop-culture phenomenon also was a likely beneficiary.

“A show like ‘Tiger King,’ for example, which got a handful of nominations, It’s not really all that great, but it absolutely was the junk food that people were craving at the beginning of this quarantine period,” Fienberg said.

Among the honorees whose nomination collided with current events: Brad Pitt earned a nod for a guest appearance playing Dr. Anthony Fauci on “Saturday Night Live.”

Other shows competing for best comedy series are: “Curb Your Enthusiasm”; Dead to Me”; “The Good Place”; “Insecure”; “The Kominsky Method” and “What We Do in the Shadows.”

A high energy Jones kicked off Tuesday’s announcement by appearing on a virtual set and joking that she was told there would be many others on set to announce the nominees, but instead she was locked in a studio with only a cameraman.

The Emmy Awards, hosted by Jimmy Kimmel, will be presented Sept. 20 on ABC.

Protests continue in La Mesa after controversial arrest back in May