Week Ten Hog Blog: The First Time Hurts The Most

My bell was still ringing when an unidentified sailor, descending on the same ladder I was attempting to climb, uttered those five words of encouragement. He had just witnessed my noggin’s collision with a steel bar that was located on the hatch door just beyond my narrowed field of vision. “Great,” laughed my colleague and videographer Jose Martinez. “We’ve been aboard for less the thirty minutes and you’re already in concussion protocol.” Sensing that no one in our 10-member VIP group currently aboard the USS Carl Vinson cared whether my vision was blurred or not, I got back in line and kept ascending. I could tell this day was going to be like no other.

Earlier in the week, an invitation had been extended to KUSI-TV to spend a night aboard the venerable aircraft carrier. So how did a sportscaster get the assignment over his news colleagues? Simple – I begged. My father was Navy but never left port. I’ve always dreamed of experiencing what he never did. At age 57, how many more ambulatory years do I have left? So I walked into the boss’s office and made my case.  Much to my surprise and gratitude, I got the gig.

So in the early morning darkness of last Tuesday, I joined KUSI cohorts Martinez and Mike McKinnon III in signing our lives away and slowly walked up the gangplank to the 37-year-old Nimitz class carrier. Our mission was clear: we were to witness the brand-new F-35C fighter jet exercise launch and recover operations in both daylight and nighttime conditions. How pumped was the author?  Normally a 4 am wake-up requires multiple alarm clocks; my eyes opened at 3:59am without aid. 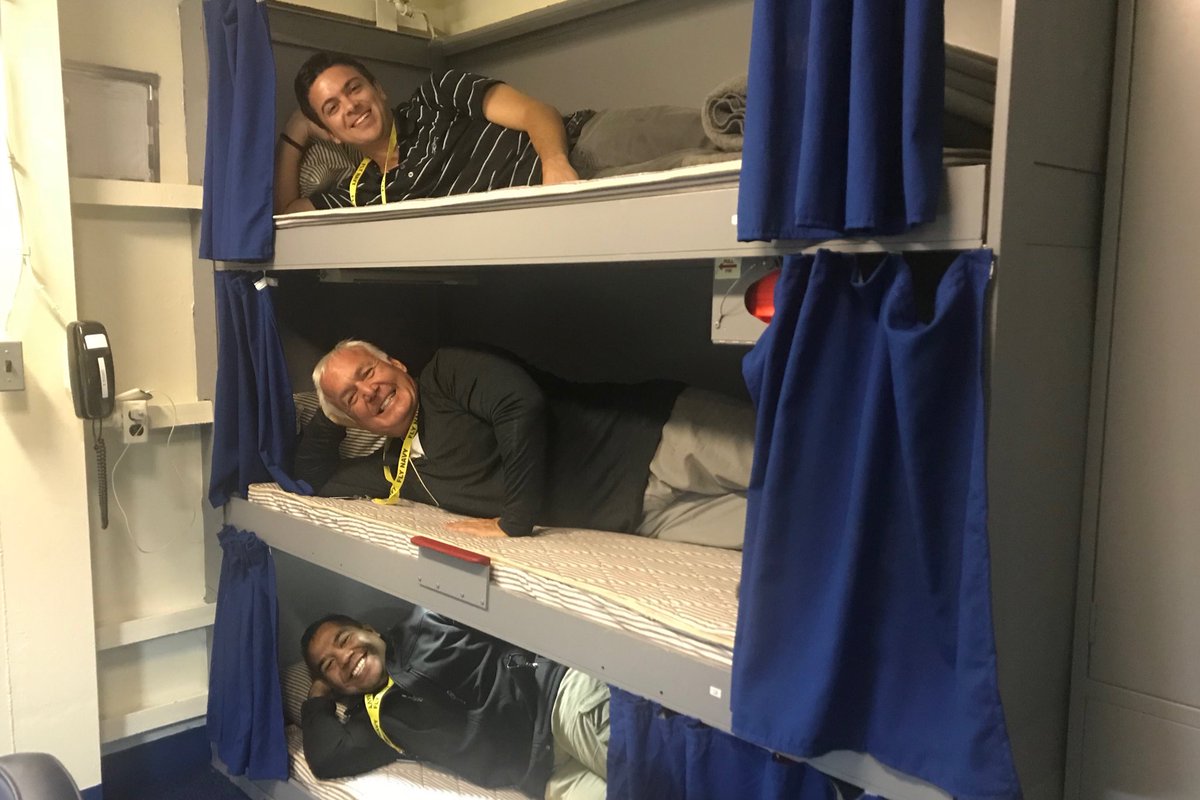 The US Navy plans to have its first squadron of F-35C Joint Strike Fighter jets operational on board the Carl Vinson by 2021. Depending on who you talk to, the F-35 is either the aircraft that will change how aerial combat is conducted, or it’s just another pricey taxpayer boondoggle.  As you might expect, the men and women who work in and around the plane fall into the former group. Speaking to our contingent before the first landings were to take place, a Navy official who has flown the F-35 described it succinctly. “It’s a game changer.”

And then came the bad the news. As we started towards our flight deck prep, Public Affairs Officer Lt. Commander Tim Hawkins stopped us short of the ladder. “Gentleman, there’s been a change in plan. Your COD (flight home) is leaving at 1500 hours. The F-35’s won’t be overhead till 1700 hours.” Military time is not my specialty, but it seemed we were going to miss the main attraction by a couple hundred hours. The disappointed looks on the faces of my embark companions confirmed my suspicions.

With the disappointing news came an invitation to return to the ship later this coming weekend. We’ll get to finish our story, and attempt to answer that burning question about the controversial stealth aircraft. We’ll also get to spend more time hanging out with the dedicated men and women who serve aboard the USS Carl Vinson. As such, this story is not over; it’s just part 1 of 2. But before we close, let me share some initial observations:

1) It’s hard work. If you have an aversion to ladders this experience is not for you. The only things that gets to ride on the elevators are planes, munitions and other assorted supplies. Everybody else uses ladders. Lots of ladders. The sailors take them two at a time going up, and seemingly slid down the rails in the other direction. Media members tend to gum up the works, slowing traffic to a standstill as we attempt to avoid skull fractures.

2) It’s confusing. Every hallway and corridor appear the same, to the point your eyes start playing tricks on you. I kept thinking of the kid riding his tricycle in the hotel of “The Shining.” Our party would move in single file lines, weaving through busy sailors, turning here, climbing there, down and up. Don’t slow down, and most importantly, don’t lose sight of the person you’re following. That can be embarrassing, especially if you lead the back half of your group to an off-limits section of the ship. “I don’t want to follow Rudy anymore,” muttered McKinnon. “He’s going to get us all shot.” Now I know why elephants travel nose to tail.

3) It’s crowded. For as big as an aircraft carrier appears, there is no such thing as off-hour traffic. Every ladder well, every corridor, every cafeteria, every “head”  they’re all busy. No matter where or when you roam you are accompanied by the hustle and bustle of sailors coming and going. Not a lot of privacy for us country clubbers.. And here’s the kicker, while we were aboard, it was with only the ship’s crew. That’s just over 3,000 men and women. On our next excursion we will be joined by the entire Air Wing. That will push the head count north of 5,000.

5) It’s dangerous. To be around the planes on the flight deck, one must wear ear plugs and, on top of those, “Mickey Mouse” ears (earmuffs). Deprived of your sense of hearing, the flight deck becomes even more hazardous. The crew handling the planes communicate solely with hand signals. It’s easy to become so entranced by their “ballet in boots” that one can walk smack dab into the post toasty exhaust of an idling F-18. That’s another mistake you make only once.

6) It’s life-changing. Sitting in our C-2 Greyhound waiting to be launched off the Vinson’s bow I couldn’t resist. I broke the rules and pulled my cell phone out of my pocket and tried to record our take-off. Imagine your favorite roller coaster and then multiply it by 100. There’s a faint sensation of a rubber band tightening, and then “twang” –  you’re zero-to-150 miles per hour in three seconds flat. The rate of acceleration shut down my phone. Either that or I hit the stop button trying to hang on to it!

This Saturday morning, the KUSI ‘Three Musketeers will try again. This time, instead of walking onto the USS Carl Vinson, we will fly aboard. Another bucket item to that can be moved into the “completed” column. We will spend the day gathering the video needed for a two-part series to air on KUSI-TV sometime in November. And then Sunday, it’s back to the catapult and a launch towards San Diego. I promise much better video the second-time around. 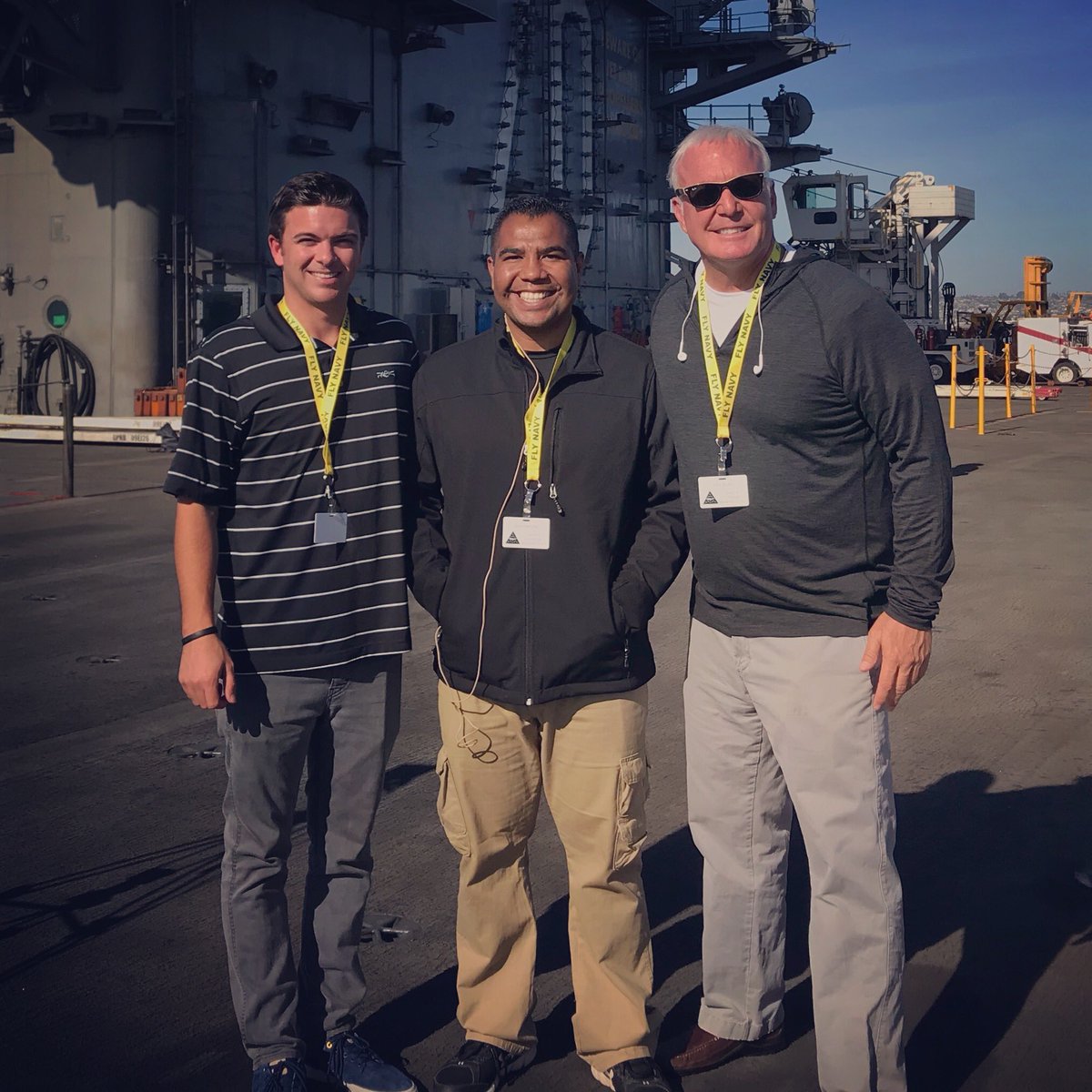 If all goes well, I’ll recap that encounter next week. The late Tom Petty had it right: “The waiting is the hardest part.”

Should you get a second booster as BA.4 and BA.5 Omicron subvariants spread?

Gas prices increase and legislators aren't doing anything! What can we do to stop this!?