What is the meaning of “Socialism” to today’s Americans

WASHINGTON D.C. (GALLUP) –  A new Gallup poll found that Americans today “are most likely to define socialism as connoting equality for everyone, while others understand the term as meaning the provision of benefits and social services, a modified form of communism, or a conception of socialism as people being social and getting along with one another.”

Just 17% of Americans defined “socialism” as government ownership of the means of production. Gallup‘s findings say this is half the number of Americans who defined the term this way in 1949. 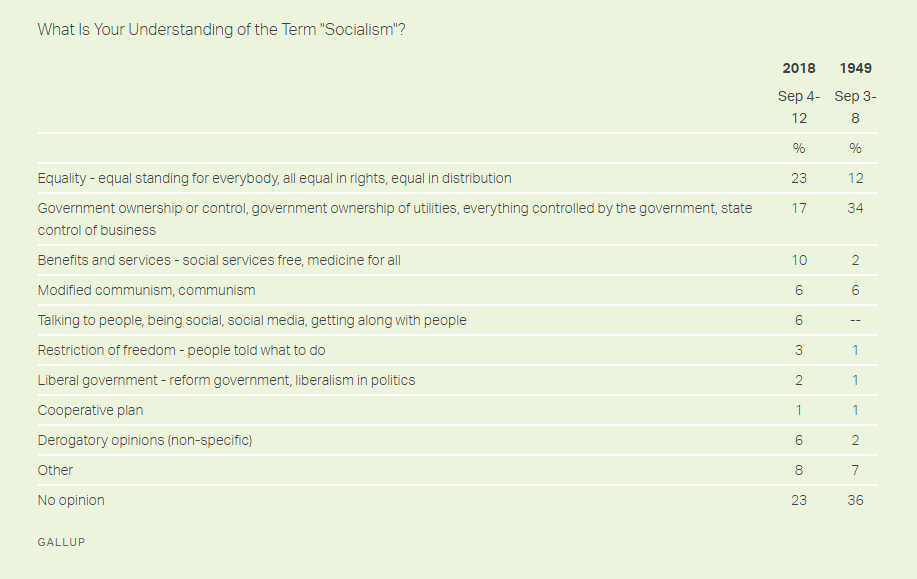 Socialism is an idea being embraced by more and more Democrats in the current political arena. Socialist Bernie Sanders led the way in the 2016 Presidential election, followed by the extraordinary victory of Alexandria Ocasio-Cortez in New York’s 14th Congressional District. Ocasio-Cortez is a member of the Democratic Socialists of America organization and was recently endorsed by former President Barack Obama.

Full details of Gallup’s poll can be found by clicking here.