GOLETA, Calif. (AP) — A wildfire that exploded in size in California mountains north of Santa Barbara has forced as many as 6,300 people from their homes, but there were no injuries and no homes had been lost, authorities said Tuesday.

An approaching storm offered hope that the flames would be doused overnight.

The blaze has blackened more than 4,330 acres with 10 percent containment. It was mainly burning through dry, brushy canyons and ridges of the Santa Ynez Mountains.

Miryam Garcia, 21, and her mother, Norma Ramos, 47, fled their home as flames approached. 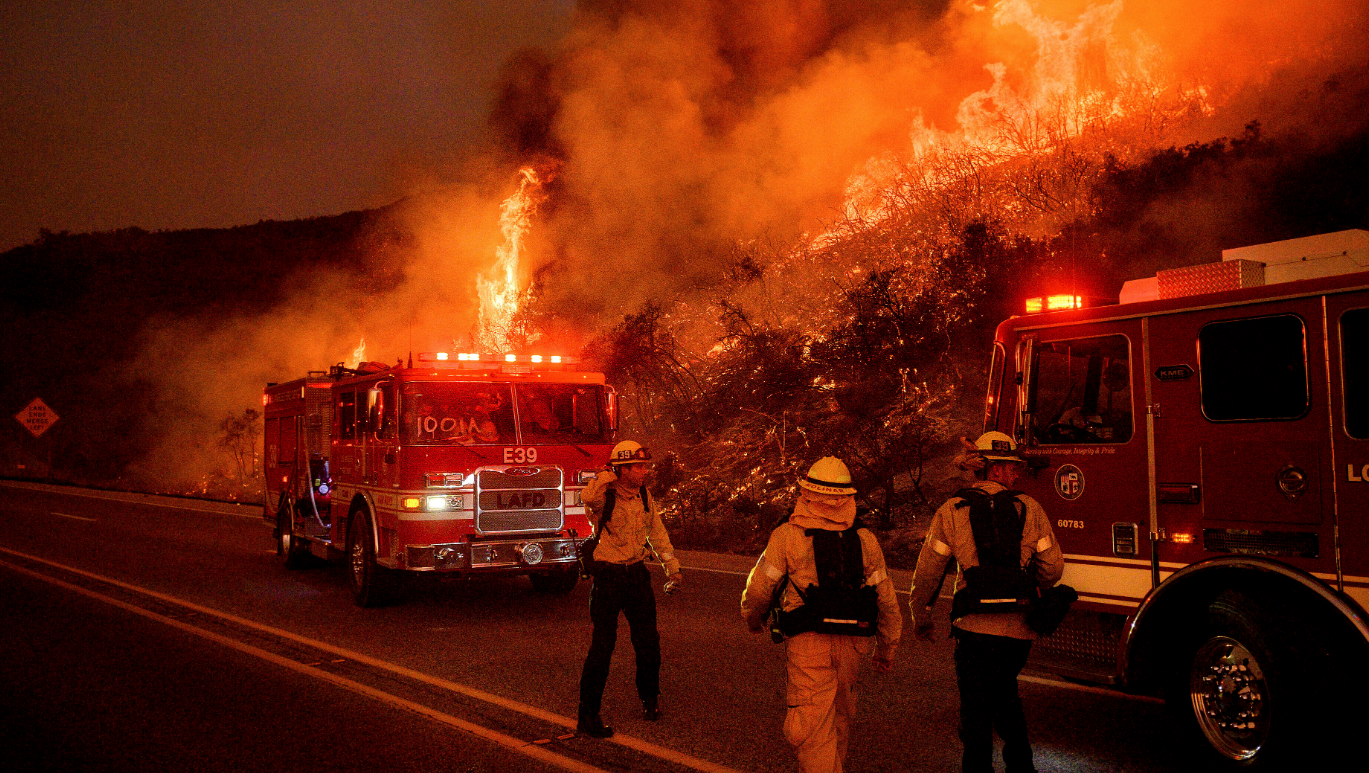 “I was just kind of praying that it didn’t get to our house,” Garcia said.

She and her mother stayed overnight with friends and then went to a Red Cross shelter at a community center in Goleta, west of Santa Barbara.

“Overwhelmed, not knowing what to do,” Garcia said.

Red Cross official Tony Briggs said 34 people stayed overnight at the shelter, where face masks were being handed out.

It wasn’t clear whether the shelter would still be needed on Thanksgiving, but Briggs promised to “do our very best to make this as good as we possibly can.”

Firefighters were told the area had not received any rain in 180 days and vegetation was ready to burn.

They were cautioned that roads into the rugged area may be too narrow for their engines, and that many residents had not left.

The National Weather Service said as much as an inch of rain was expected to hit the area by midnight.

The dangerous cycle of fire and flood is a raw memory for many people in the region.

The People's Alliance for Justice on fostering culture in San Diego

The People's Alliance for Justice on fostering culture in San Diego

Woman shot and killed after fght in Barrio Logan