Blakespear has centered her campaign around support for abortion, even though California allows abortion already, and the Supreme Court ruling on Roe vs. Wade has no effect on our state abortion laws.

Gunderson has been touting his success as a businessman in the private sector, as he tells KUSI News he wants to prioritize the cost of living and affordability in our region. Gunderson explains lowering the cost of living will be impossible if we keep implementing wasteful spending laws as part of Democrat supported policies.

Catherine Blakespear has been Chair of SANDAG for both of the recent audits that found blatant abuse of taxpayer dollars, and has refused to speak to San Diegans about her failure to lead the agency.

Gunderson has already called on Blakespear to resign from her leadership position as a result of her refusal to hold anyone accountable for these failures.

If you aren’t familiar, the first audit SANDAG, in April, revealed abusive spending of taxpayer dollars on lavish filet mignon dinners, and other things. It was “common practice” for SANDAG members to use their taxpayer funded credit cards, even on their days off. The audit found hundreds of thousands of dollars of spending on these dinners.

The second audit found SANDAG allocated millions of additional dollars to contractors after their bids were set. This means that certain contractors, who appear to be heavily favored over others, were allowed tens of millions more than their contracts specify. This audit found $290 million “of over-spending and contract negotiations.”

Gunderson told KUSI’s Jason Austell that Blakespear “won’t hold anybody accountable, and she even told the San Diego Union Tribune that SANDAG needs to reestablish their trust with her… Well, she is SANDAG, she’s the boss.”

Gunderson went on to explain that a failure of leadership of this magnitude in the private sector would result in an immediate firing. But, in politics, Blakespear expects voters to promote her to the State Senate.

Blakespear is one of the many Democrats SANDAG Board Member who support the controversial plan to tax San Diego County residents for every mile they drive.

On the other hand, Blakespear has released a television ad attacking Gunderson, attempting to make him out to be an extremely evil person.

Gunderson responded to the vicious ad on KUSI’s Good Morning San Diego saying, “you know, she has spent this entire campaign avoiding any substantive conversation about issues and how to solve California’s problems. Instead, she’s spent the entire time trying to tie me to Donald Trump, trying to distort my position on abortion, and calling me a shady used car salesman.”

He continued, “she’s resorting to all that negative politics because she has no success story to tell for herself. Look at her city, she’s sold out the citizens of Encinitas, homelessness is up 74%, crime is up 31%, and on SANDAG, she has supported a four-cents-per-mile mileage use tax, she supports increasing the gas tax, she sells out citizens and constituents for her own personal ambitions. Her only recourse in this campaign is trying to destroy us with falsehoods, lies and mistruths.”

KUSI News has regularly reached out to Catherine Blakespear to appear on our broadcast, but she has refused since our coverage of the first SANDAG audit. 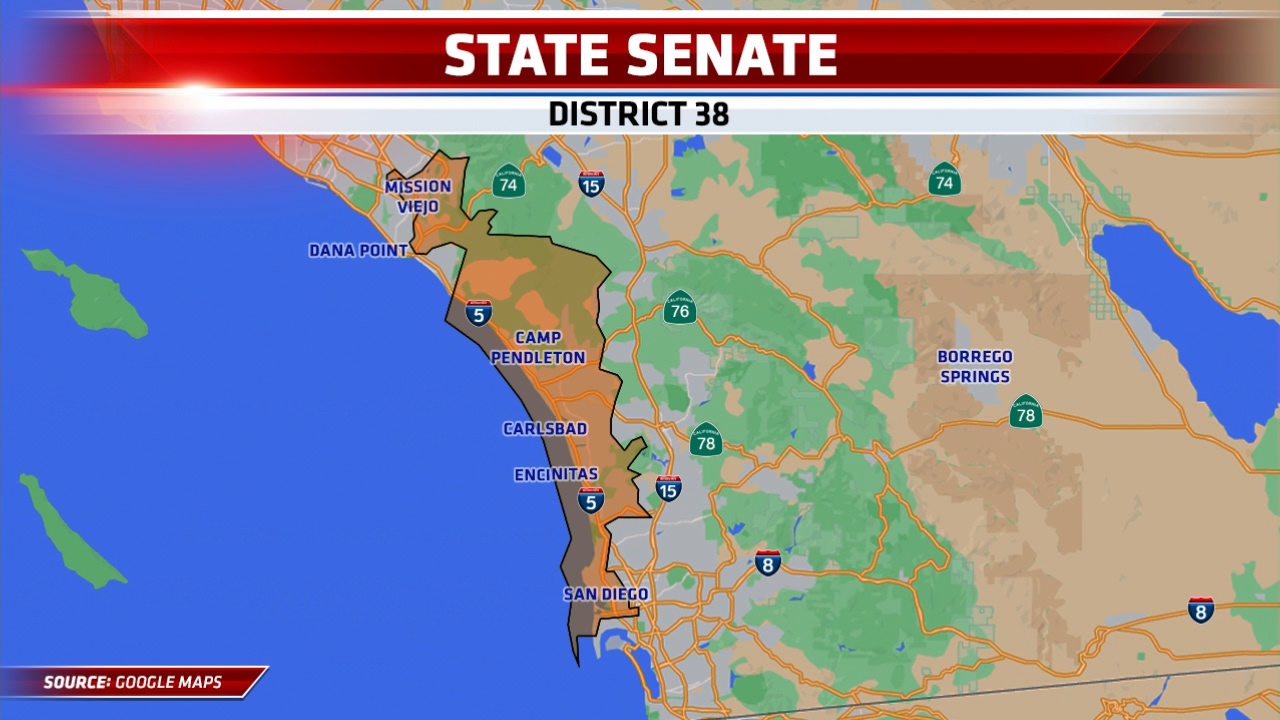 Republican @GundersonForCA says his opponent, Democrat @CBlakespear, has "no success story to tell for herself," so she's resorted to negative politics.

"She sells out citizens and her constituents for her own personal political ambitions."