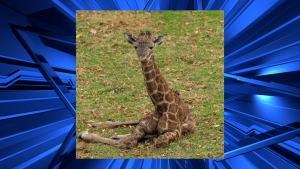 SAN DIEGO (KUSI) – The San Diego Zoo welcomed a new giraffe born just in time for what would have been late actress and animal advocate Betty White’s 100th birthday Monday.

“We could not think of a more fitting way to remember (White’s) dedication to conservation than watching this newborn giraffe take their first steps,” the San Diego Zoo Wildlife Alliance posted on Twitter with a photo of the “brand new wobbly wonder.”

SDZWA welcomed a brand new wobbly wonder just in time for what would have been @BettyMWhite's 100th birthday. We could not think of a more fitting way to remember her dedication to conservation than watching this newborn giraffe take their first steps. pic.twitter.com/x9Qsitn2cA

SDZWA did not immediately share the name, gender or other details about the baby giraffe.

White died Dec. 31 at the age of 99 at her Brentwood home. The television star best known for Emmy Award-winning roles on “The Mary Tyler Moore Show” and “The Golden Girls” was a longtime animal advocate.

On this, what would have been her 100th birthday, people around the country celebrated her life in various ways, with a widely popular #BettyWhiteChallenge encouraging people to donate money in White’s name to animal shelters and related charities.

Country singer Trisha Yearwood, as just one example, raised more than $36,000 through a talkshoplive livestream in support of the #BettyWhiteChallenge. Yearwood encouraged donations to Dottie’s Yard Fund, a nonprofit that will distribute funds to animal charities across the country.

“I just think that Betty is so happy right now that this is the way that the world is choosing to celebrate her birthday, by giving to animals, which was so near and dear to her heart,” Yearwood said.

Meanwhile, in hundreds of theaters nationwide, screenings were offered of “Betty White: A Celebration,” a documentary film about the actress’ life and career. The film traces her life on screen, including behind-the- scenes footage from “The Golden Girls” and other show. It also includes clips from what turned out to be her final interview, and features appearances from friends and former co-stars, including Ryan Reynolds.