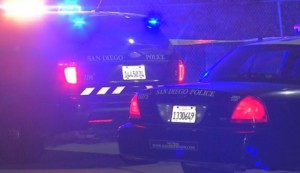 SAN DIEGO (KUSI) – A woman who alleges she was arrested by San Diego police officers who did not identify themselves as law enforcement and took her into an unmarked van following a protest in downtown San Diego has filed a lawsuit against the city, its police chief and the unidentified officers.

Shayla Piccini, along with her cousins Jaycie and Brandi Matthews, allege that on June 4, 2020, the trio were walking to their cars when an unmarked minivan pulled up next to them and multiple men in combat gear got out of the van, “slammed Piccini to the ground and handcuffed her,” according to the complaint filed Tuesday in San Diego federal court.

When Piccini’s cousins asked who the men were and where they were taking Piccini, one officer said, “If you follow us, you will get shot,” according to cell phone footage of the incident that was disseminated over social media.

Piccini was booked into county jail on suspicion of assault on a peace officer, but was released from custody the following day.

A San Diego Police Department spokesman said last year that undercover officers saw Piccini swing a cardboard sign she’d brought to the protest at a passing motorcycle officer. The lawsuit alleges Piccini held out her sign to a group of motorcycle officers that rode past her.

Police also said the officer who made the comment about shooting was armed with a weapon carrying non-lethal ammunition, such as pepper balls.

Police Chief David Nisleit announced that an internal investigation was opened into the arrest.

The department declined Wednesday to comment on the lawsuit or the status of the investigation.