SAN DIEGO (KUSI) — San Diego native Xander Schauffele had the entire city, and world, watching him finish the final round of the Tokyo Olympics.

And he came through victorious on the world stage. 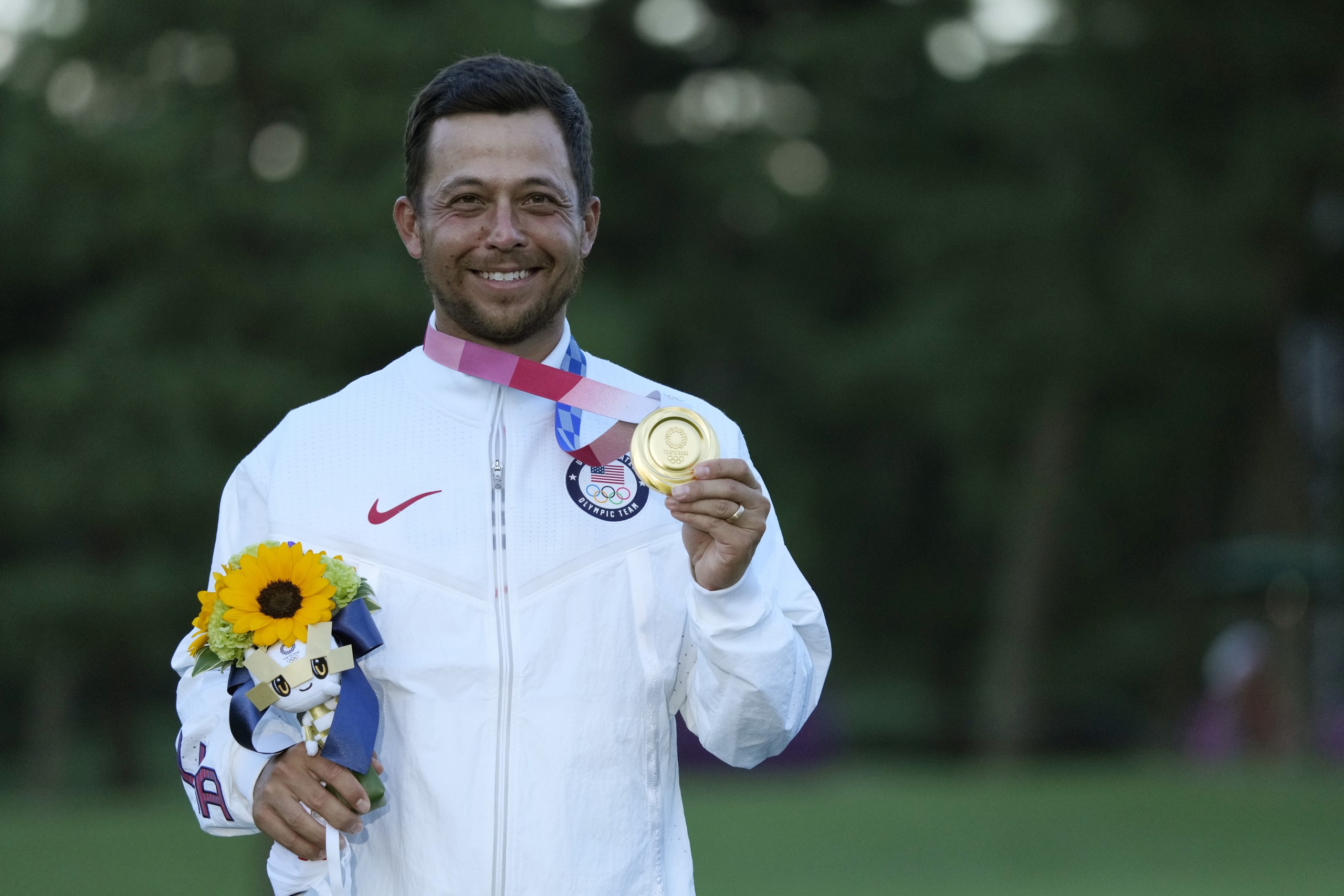 Xander Schauffele, of the United States, holds his gold medal in the men’s golf at the 2020 Summer Olympics on Sunday, Aug. 1, 2021, in Kawagoe, Japan. (AP Photo/Andy Wong)

Schauffele won the Olympic gold medal in golf in a tense finish. He was tied for the lead with Rory Sabbatini of Slovakia with two holes to play.

The American made birdie from 6 feet on the 17th hole to regain the lead. Then after a bad tee shot that forced him to play short of the water, he hit wedge to 4 feet and made the par to win. Two incredible putts under pressure.

Sabbatini set an Olympic record with a 61 and won the silver. Hideki Matsuyama missed a 12-foot birdie putt on the last hole that would have secured him the bronze. He was in seven-man playoff for the final medal. C.T. Pan of Taiwan won the bronze in a playoff that lasted four holes.

Schauffele’s putting coach, Derek Uyeda, who is also the Lead Golf Instructor at The Grand, joined KUSI’s Ginger Jeffries on Good Evening San Diego to discuss Xander’s incredible win and what this achievement means to him and Xander.

Uyeda was watching the final round at home with friends, and said there was “chaos” when Xander’s final four putt for the win went in the hole.

Uyeda teaches many PGA Tour players, and has created Putting Plates, which he uses to make sure they are starting the ball on the correct line.

If you want to check them out, he posts tons of video of his students using the putting plates, to @ThePuttingPlates Instagram page.